Ms. Jackson did not add ‘Mayweather’ to her Instagram name Regardless of the fact that her new name reads ‘Shantel Jackson Mayweather,’ she claims she was hacked and is not in control of her Instagram. 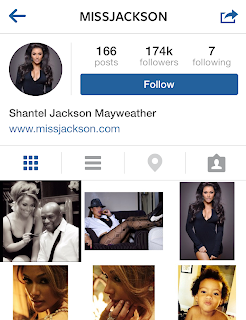 Jackson decided to address her followers after they began congratulating her and Mayweather’s marriage.

There may be trouble in paradise because Jackson is currently not following Mayweather on Twitter. It’s rumored that Mayweather has taken over Jackson’s account.