Say What: Beyoncé and Jay Z Caught Arguing In Public?!

It was bound to happen.

Beyoncé and Jay Z couldn’t keep up the perfect couple act for much longer. No, the power couple were spotted arguing at a restaurant. It seemed pretty innocent, but its worth mentioning because these two never bring their problems in public.

Months after video footage surfaced of Beyonce’s sister Solange and Jay Z arguing in an elevator, Bey was spotted ripping the rapper a new one. Eyewitnesses claim Beyonce and Jay were arguing over dinner Los Angles. 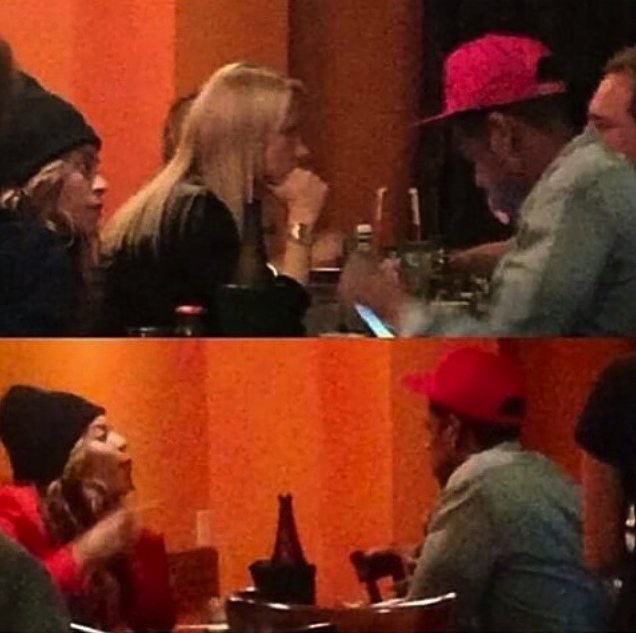 The music power duo was spotted eating at an LA sushi spot recently when they got into a little couple’s tiff.

A diner in the restaurant reports, “They were sitting together and chatting for awhile, but then Jay-Z starting staring at his phone. Beyonce looked BEYOND pissed. She eventually said his name and wagged her finger at him. He didn’t dare look at his phone for the rest of the meal.”

This argument comes on the heels of Bey and Jay looking for a mansion in LA. It’s rumored that the couple want to relocate to California, and they have already enrolled their daughter Blue Ivy in a private school, which will cost them $15,000 a year.