Say What: Ben Wallace’s Wife Blasts Groupie For Getting Pregnant?!

Wallace allegedly cheated on his wife Chandra Wallace and got his side chick pregnant. It has been a tumultuous time in the household ever since. Wallace reportedly wrecked his Cadillac truck once he found out about the pregnancy.

His wife Chandra allegedly created a Twitter account to slam the woman who goes by the name MsIndydee on Twitter, Baller Alert reports. Chandra has allegedly been blasting the woman on Twitter since Feb. 8.

Check out the tweets below. 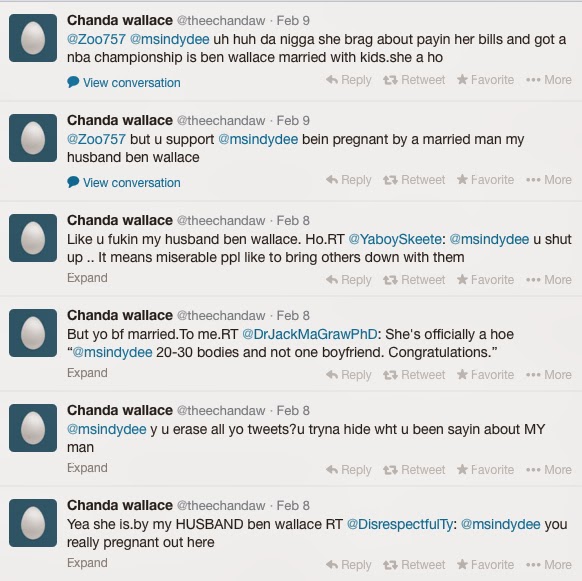 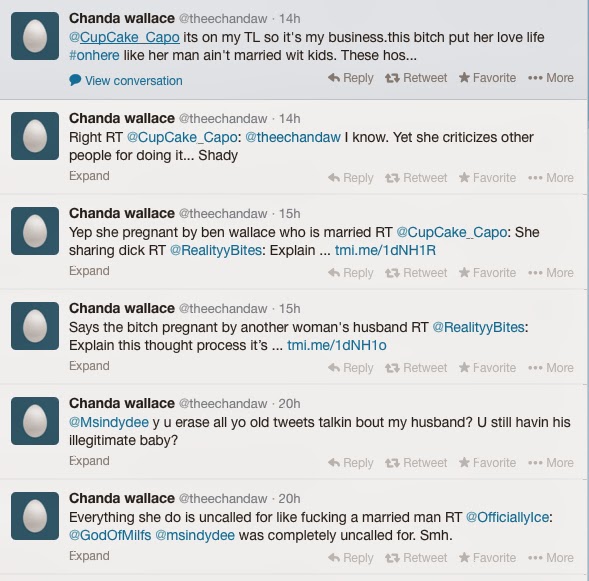 Chandra claims Ben crashed his Escalade the same night she told him she was pregnant.

CBS 6 News reports that Wallace crashed into a fence outside a home around 2 a.m. Feb. 8. The owner of the home claimed ‘he saw a man pick up and smash pieces of wood against the fence “because he was angry.’

Wallace is the latest celebrity who has secretly had a kid with their side chick. It was also revealed that Miami Heat star Dwyane Wade and Ludacris have babies with women they cheated on their girlfriends with.