Rush Limbaugh Slams Beyoncé for ‘Bow Down’ Song, Says She Did a 180 [Video]

Rush Limbaugh is not feeling Beyoncé’s new song, Bow Down/I Been On.

Limbaugh, who is a conservative talk show host, blasted Beyoncé for doing a ‘180’ with her music. He believes she abandoned her girl power songs for telling women to ‘bow down’ to their significant others. Bey’s new song gained mixed reviews because of its foul language and message.

Bey targets singers who hopes to challenge her place on the pop-music throne. One of her verses goes, “I know when you were little girls/You dreamt of being in my world/Don’t forget it, don’t forget it/Respect that. Bow Down Bitches.’ 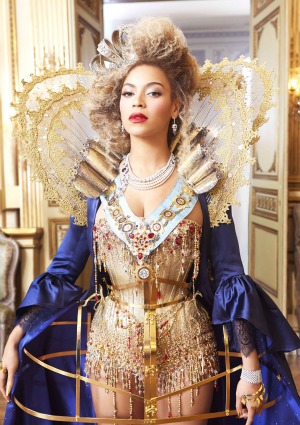 But Limbaugh got a different message from the lyrics.

“[Destiny’s Child] songs were attempts to inspire young women not to take any grief from men,” Limbaugh said during his show. “She’s done a 180. Beyoncé, now having been married, having been impregnated and giving birth to Blue Ivy…she’s got a new song, ‘Bow, Down Bitches’… Beyoncé is now saying, ‘Go ahead and put up with it!'”

Limbaugh continued,”You know why? I’ll tell you why. Because she married a rich guy. She’s even  calling herself Mrs. Carter on the tour…She has shelved Beyoncé…She now understands it’s worth it to bow down.”

Keyshia Cole also came for Beyoncé after she heard the track.

“First ‘Women need to Stick together’ now bitches better Bow. Smh,” Cole tweeted. “But it’s all G! Chicks stay shooting the s–t. But when I speak my mind it’s a prob.”

Listen to Limbaugh’s rant below.