Rodney King Found Dead in Swimming Pool, He Was 47

King’s fiancée found him at the bottom of his swimming pool at his home in Rialto, Calif. She called 911. Officers pulled King from the pool and began doing CPR but he was unresponsive. King was transported to Arrowhead Hospital in Colton, where he was pronounced dead at 6:11 a.m. Sunday.

The death is being investigated as a drowning and there were no signs of foul play, police said. The San Bernadino County coroner will perform an autopsy. 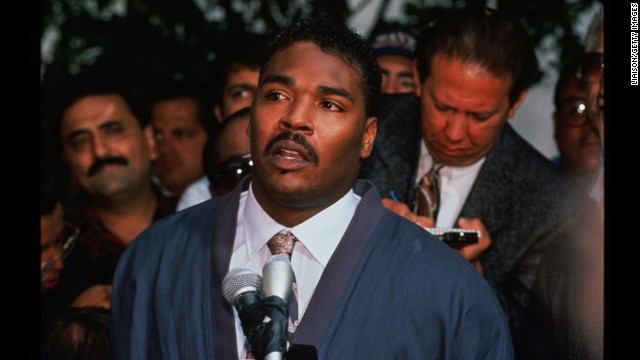 King, who has struggled with substance abuse, was beaten by Los Angeles Police Department officers on March 3, 1991 after he was stopped for speeding. Four officers hit him more than 50 times, kicked him and shot him with stun guns.

A bystander videotaped the beating and gave it to a Los Angeles TV station, which later resulted in the arrest of the officers. A year later, a California jury acquitted them. It ignited the Los Angeles riots, which left more than 50 people dead and caused about $1 billion in damage.

King received a $3.8 million settlement from the city. But he invested the money badly and lost most of it. King released his memoir, “The Riot Within: My Journey from Rebellion to Redemption” in April.