The alleged robbers who stole 2 Chainz’s personal belongings in San Francisco is taunting the rapper on Instagram.

One of the robbers posted photos of 2 Chainz’s stolen driver license and bank card on the social media website. The move is clearly taking a jab at 2 Chainz after he denied being robbed because ‘robbers usually post items that has been taken.’

As it turns out, 2 Chainz was right about that. Check out his driver’s license and debt card below. 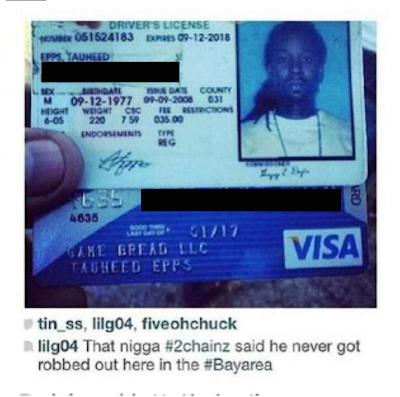 2 Chainz, who real name is Tauheed Epps, was robbed at gunpoint the first weekend of June. Chainz and his entourage were walking down a sidewalk in San Francisco when two men approached them with guns. The No Lie rapper and his crew scattered, running down the street while the gunmen chased after them.

During the chase, 2 Chainz stumbled and fell, resulting in the gunmen catching up to him and stealing his cell phone and wallet.

UPDATE: 2 Chainz responds to robber who posted photo on Twitter. 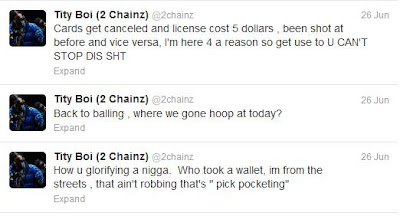