The couple have rumored to have split over the weekend because of the distance. Kardashian lives in Los Angeles while Ora resides in London. Their hectic work schedules also played a role in the break up.

But Kardashian took it a step further on Twitter. He allegedly accused Ora of cheating on him with 20 guys. He said he was “disgusted” with Ora’s behavior during their relationship, though he has since deleted the posts from the social networking site. Check out Kardashian’s tweets below. Read from the bottom up. 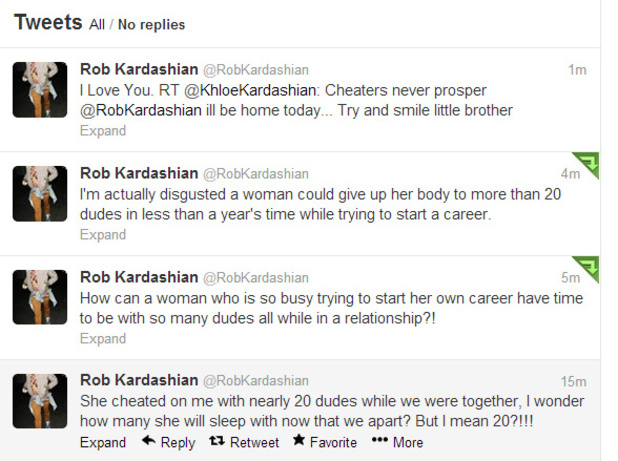 Rob and Rita went public with their relationship only a few months ago. Kardashian’s sister Kim is probably jumping for joy over the news. The Sun reported that in August, Kim tweeted, “When out to dinner w my brother Rob Kardashian every gorgeous persian/armenian girl stares at Rob! I think that’s what he needs in his life!”