Rihanna Compares Woman to Goat After She Insults Her Family [Details]

There are plenty people in the world that are keyboard gangsters.

These people hide behind a alas and keyboard and post insulting comments about celebrities and others. Most often, the celebs usually ignore the ignorance and go about their lives but some fight back. And pop star Rihanna is one of them.

Rihanna is known for lashing back and overzealous people and celebrities on social media websites. Just ask Joan Rivers and Piers Morgan just to name a few. She’s attacked both of the stars after they made negative comments about her on Twitter.

Now fast forward. Rihanna posted the photo below of her family over the weekend and a woman by the Instagram username of ms_kasharna1 wrote, “I swear everyone in Rihanna’s family looks like they’re retarded… Must be the drugs and alcohol!”

The woman took it a step further and posted a photo of Rihanna’s battered face with the hashtag ‘#sitdownhoemoment,’ while mentioning the Diamonds singer and Brown in the caption. 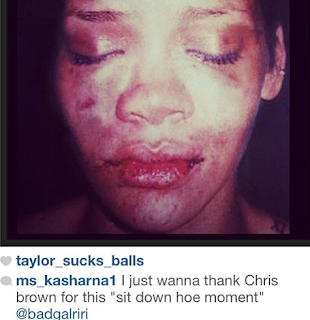 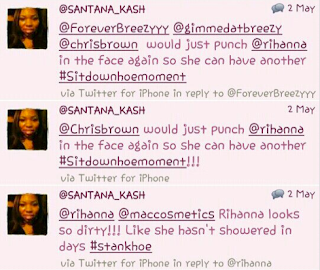 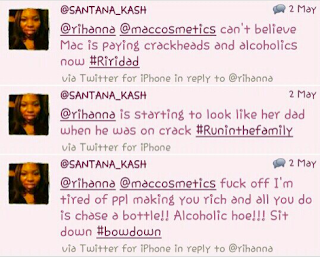 Once Rihanna caught wind of the woman’s comments she posted a photo of her, along with a goat and asked her followers to find three differences. 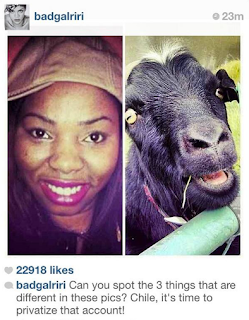 After Rihanna’s fans picked her a part, Santana was forced to make her Instagram page private.