Rihanna and Chris Brown are over.

But RiRi is not crying about it. The Pour It Up singer has been spotted partying with her ex-flame New York Knicks star JR Smith. Rihanna and Smith partied together twice in just a matter of days earlier this week.

RiRi and Smith, who dated briefly in the spring of 2012, were seen together at SoHo nightspot Greenhouse on Tuesday and again at Jay Z’s 40/40 club on Saturday, the New York Daily News reports.

But a source told Hollywood Life that the two are not dating. Rihanna’s is not trying to make her ex-boyfriend Chris Brown jealous, but that they happened to be at the same place at the same time. 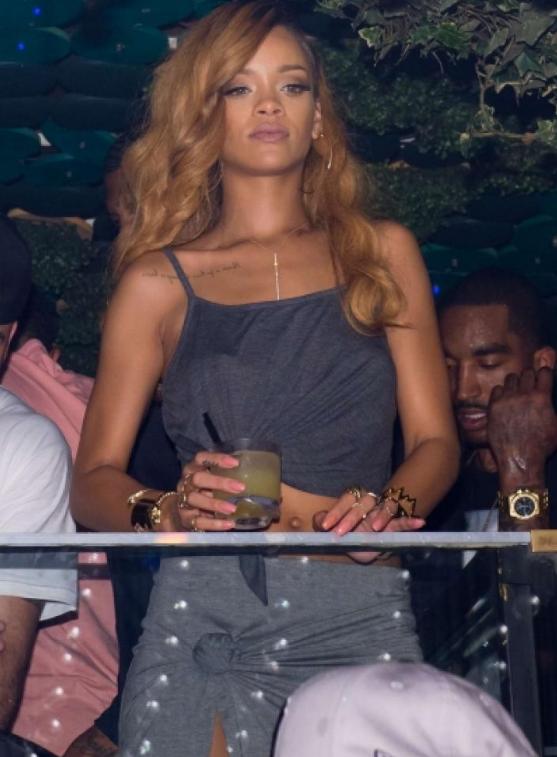 “She and JR are good friends,” the source told Hollywood Life. “They always have been. She’s on good terms with all her ex’s but that doesn’t mean she’s dating them. They were both out chilling and celebrating last night – just having a good time.”

Chris Brown Confirms Breakup With Rihanna: ‘I Can’t Be Focused on Wifing Someone That Young’ [Details]

Meanwhile, Rihanna turned heads on the streets of New York City in a mint green skater skirt and Balmain printed blouse. Check out her look below.

Photos via HipHopGossipSite and Necole Bitchie