Teyanna tweeted, “Don’t play wit me @rihanna fuck all this industry shit, YOU & I know each other VERY well. Throwing subs 4 wat? u got my #, don’t show off.”

Rihanna’s fans quickly blasted Teyanna for coming at Rihanna, but the Adidas spokesman held her ground. She tweeted, “y’all could bully everybody else & get away wit that shit but that shit ain’t gone work ova here. so y’all could miss me with that NAVY shit.”

Teyanna added, “i sing caught in the rapture on IG then she posts her boy singing the same song, the same part, with curly hair and a snap back??? #PETTY. … petty is petty and shade is shade, bitch knew what the fuck she was doing.”

After Teyanna finished blasting Rihanna, the Diamonds singer fired back. 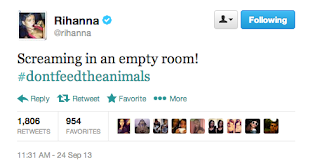 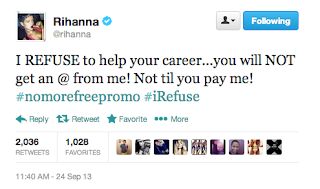 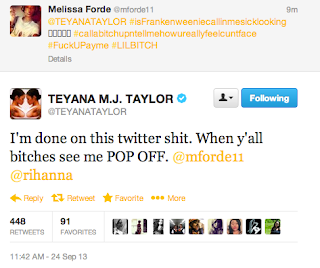 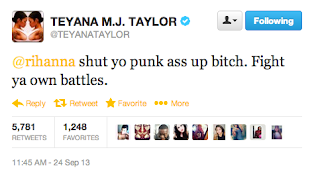 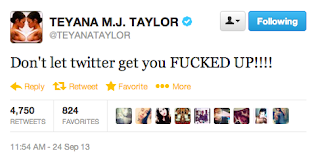 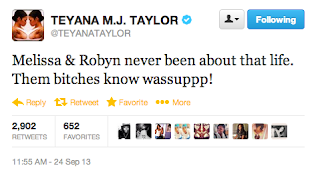 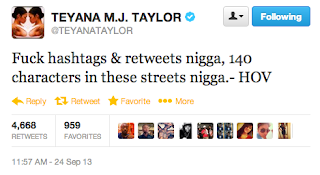 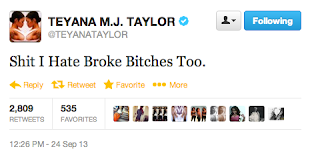 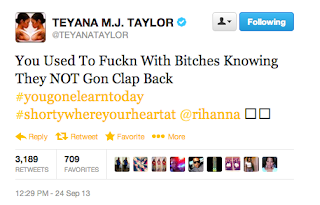 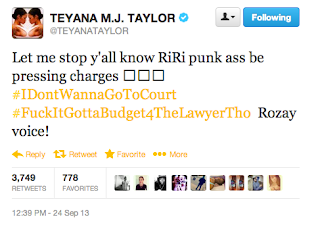 Rihanna took it a step further and changed her Twitter header to show her net worth in comparison to Teyana Taylor’s.

Teyana responded, “90 million won’t stop u from gettin ur ass beat tho #ImSleepTho yea I’m only worth 4mill & n-ggas so called don’t even know who I am. Ya net worth & ya body count go neck to neck. #IndustryP-ssy.”
Then Teyana changed her Twitter header to a photo of her beating up Rihanna.

It’s clear that Teyanna is not going to go the silent route like Ciara. No, Teyanna is ready to tangle and so is Rihanna. Watch the videos that ignited the feud below.