After Rihanna spent several days with Brown on his Carpe Diem tour, its Karrueche’s turn. While Rihanna was performing in Germany, Karrueche and her The Kill clothing line partner, Ugo Mozie traveled to Paris on Dec 7 to join Brown. Mozie is also Brown’s stylist.

Tran is allegedly going to travel with Brown to the Dubai leg of tour, The Sun reports. Once Rihanna found out the news she posted a series of angry tweets. 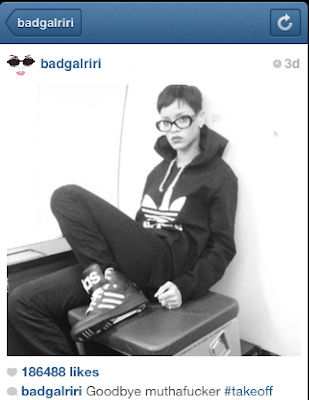 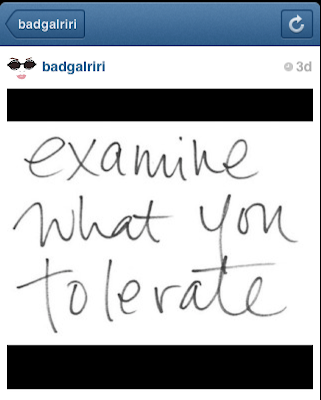 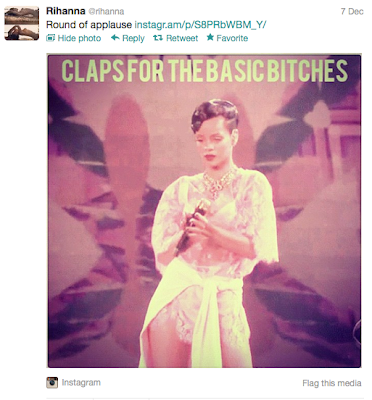 Rihanna’s best friend Melissa even got in on the action. She tweeted: 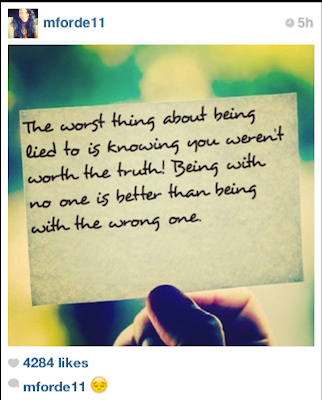 Meanwhile, Karreuche posted several photos while in Paris. Check them out below.

While in Paris, Chris was spotted wearing a hat from Karrueche’s clothing line The Kill.

The photo below was taken of Karrueche and Chris getting into a car after the club.

All may have been forgiven, though, as Rihanna later tweeted the photo below with the caption: “Damn….I miss my n*gga.” 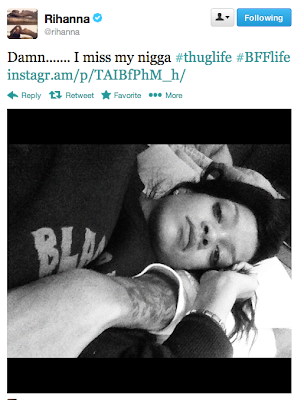 Rihanna then tweeted her Paris Hotel room. If you look closely a woman is on her knees on the left side of the photo. The caption,”Risky Business.” 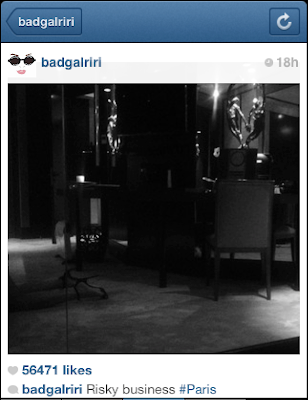 Rihanna allegedly got the word “Breezy” tattooed on her neck, The Sun reports. Breezy is Brown’s nickname.
“She got it to symbolize her commitment to him a source told The Sun. “Now the world knows they’re back together, they’re determined to make it work.”