Rihanna is done with fashion shows and has followed Drake to Amsterdam.

The Pour It Up singer was spotted in the crowd at Drake’s concert in Amsterdam on Wednesday. She partied with Drizzy after the show, and allegedly had dinner with him at Izakaya Sushi Restaurant the day before.

Later, RiRi allegedly loaded into a van to jet off to Germany with Drake. She is expected to be at his show in Oberhausen on Friday. 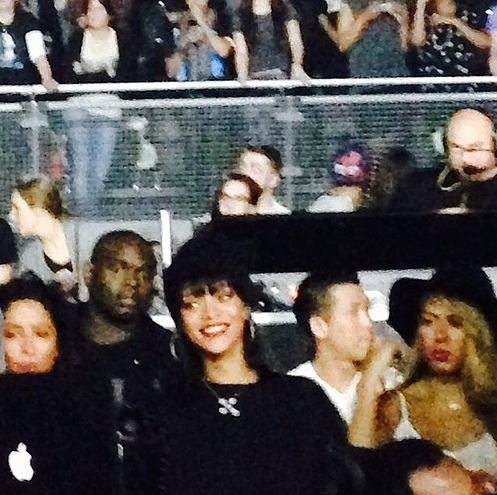 The latest hook up comes just days after Rihanna joined Drake on stage in Paris during fashion week. The last time RiRi took a break from her own work to support someone on the road was when she was in a relationship with Chris Brown.