Chris Brown and Rihanna may be seeing other people but that hasn’t stopped the two singers from subtweeting each other on Twitter.

Brown ignited the most recent subliminal tweet war by posting,”She’s not mine if she’s everybody else’s.” Although the Fine China singer didn’t mention RiRi directly it wasn’t the first time he made a statement about Rihanna.

The last time he did, Rihanna stopped following him on Twitter. This time, she read the message before Brown deleted it and sent out a subliminal tweet of her own. On Saturday night, Rihanna posted the message below on Instagram.

Rihanna, later, posted the photos below with Drake lyrics before she said she didn’t need any new friends.

Rihanna Compares Woman to Goat After She Insults Her Family [Details]

Rihanna ended the Twitter rant with the photo below. 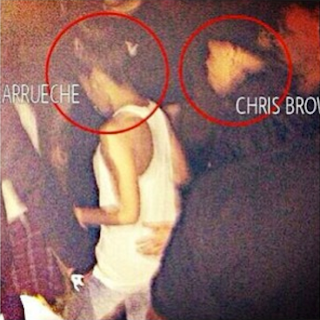 Brown and Tran were spotted backstage together on May 9 after the singer performed for 94.9’s Wild Jam in San Francisco.