Rick Ross is ready to settle down.

And it didn’t matter that the love of his life used to be a stripper. Ross proposed to Houston native Lira Galore. The former Houston stripper whose real name is Mercer, announced the news on Snapchat.

Galore showed off her huge engagement ring with the caption,”YES!, and “When its REAL, you just know it.” Ross, 39, and Galore, 21, are rumored to began dating earlier this year.

Galore also posted on her Instagram page a photo and video of her enormous emerald-cut diamond, alongside a larger diamond eternity band, writing, “Forever yours” and “Thanks @rafaelloandco for making everything EXTRA special! #Mrs,” she wrote. “Happiest Day of my life.”

The New York diamond jeweler’s Instagram page on Friday featured a photo of Ross and Mercer at the store, with the caption, “My brother @richforever and his beautiful lady @lira_galore stopped by today and had themselves a serious shopping spree #riperic #rafaellokings #teamRafaello.”

Although the engagement comes as a surprise to some of Ross’ fans, Galore knew it would happen. Back in May 2012, She posted that she would marry the ‘Fat boy.’

Galore’s mother congratulated the couple and even had to check a fan for spilling the tea that Ross still cheats. 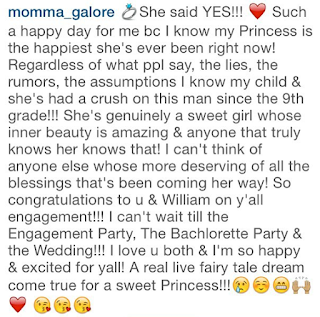 That’s when one of Ross’ side chick’s best friends popped up in the comment section with the tea. 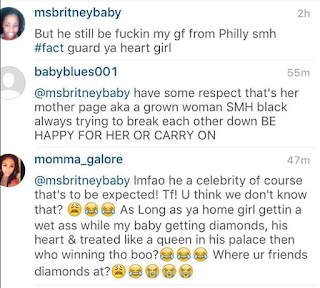