First, the newly engaged reality star was outed by two women who claim he wanted to sleep with them. Now there are rumors that he could possibly be the father of a child in Memphis. Dollaz was allegedly arrested in Memphis on Thursday for refusing to take a court ordered DNA test.

A Memphis woman claims Dollaz is the father of her child but he refuses to prove paternity. Rich was in town to attend a talent show. 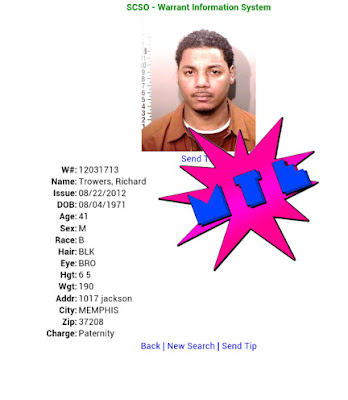 Has Rich Dollaz Cheating Ways Been Exposed? [Details]
Rich bragged on Twitter that he was in and out of jail in no time.
“Bitch mad cuz Mickell got me out n 2 hrs crying and all that don’t call the jail hoe I run the M hoe not u,” Dollaz tweeted. “Don’t be mad I’m hot I rep the M So yeah I get out of jail in 3 hours you mad bitch?”
Dollaz, later, deleted the tweets. His fiancée Erica Mena posted a few photos of their reunion.

Watch Rich get arrested below.
Photos via Mouthtoears and Instagram