Armstrong, whose husband committed suicide a few months ago, will detail the alleged abuse she suffered at the hands of her late husband Russell Armstrong. The book will be titled “Hiding from Reality: My Story of Love, Loss and Finding the Courage Within.”

She unveiled the book cover last night on Bravo during the Andy Cohen show. 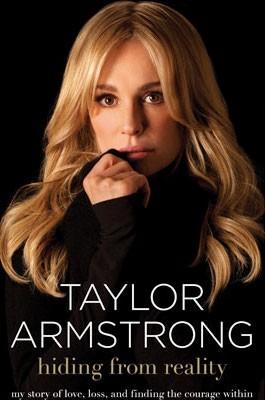 “My book takes readers behind the glamour of Beverly Hills to show them the terrible violence I suffered, and the slow and  painful process of rebuilding my shattered life,” Armstrong said in a statement. “I want readers in abusive relationships to learn from my suffering and use my  book to help them find their own courage within.”

Taylor’s marital problems has been the focus of this season’s series. Bravo decided to air this season despite Russell being found dead in his Los Angeles home on Aug. 15.