The Don’t Be Tardy For the Wedding star received eviction papers from her landlords Kendra and Antonio Davis, Mediatakeout reports. Kim allegedly had 48 hours to move out of the huge estate.

Kim gave a lengthy explanation about the move on Twitter. Kim tweeted:

“I cant help but lmao! NO we have NOT been evicted! I have ALWAYS paid my rent, my lease was up on the 31st & cuz we r building a home that will NOT be finished for a few months we were trying to extend our lease however our asshole landlords emailed June 1st at the last hour & said they were not extending our lease & went 2 the press with lies but yes WE R MOVING! We didn’t buy the home due to the all the faults on the inspection report & the appraised value being 2.1 million and homeowners mandating 3.25million. I am not stupid with our money and have bought a better quality home and bigger!”

Kim seems to be in a losing battle with Kendra. Kim is trying to spin the move by telling anyone that will listen that the Davis’ wanted too much money for the house. But Kendra claims that’s not true. She went on the TMZ show and revealed an email from Kroy Biermann that states he wanted to buy the house.

But the Davis’ are not interested in selling to them. The Biermann’s lease was up May 31 and Kendra calls them squatters. She said they were paying rent on a month-to-month basis.

The relationship between Kim and the Davis’ went sour when the last episode of Don’t Be Tardy For the Wedding aired. During the show, Kim said Antonio was stalking her for payment of his wife’s interior decorating work.

Once Davis heard about the show, she quickly went on Twitter to set the record straight. Kendra explained that her husband went to the home before the wedding because of concerns about the liability of the construction and holding such a large event on their property. The Davis’ also didn’t like Kim bad-mouthing them on national television.

Now it appears Kim and the Biermann clan are allegedly staying with family. But many are wondering why they didn’t move into Kroy’s old home in Atlanta? 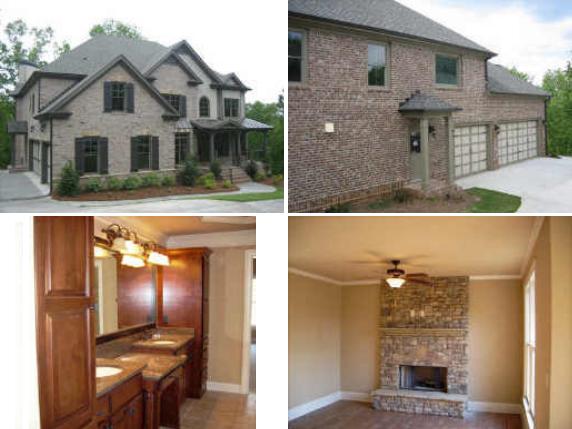