Real Housewives of Atlanta: Sheree Stole Furniture When She Was Evicted

The Real Housewives of Atlanta gave us a treat on a special episode of the show.

The show, which aired on a special night, mainly focused on Sheree Whitfield and ex-husband Bob Whitfield’s child support case on Tuesday. The episode was nothing short of a circus. Sheree, who reportedly has money woes, appeared to be a “Very Rich B*tch!”

She drove up to Phaedra Park’s house in her new four-door porche. She then seemed confused on what to wear to the court hearing. Her options were a Dolce & Gabba paint suit, along with other high end couture.

Her expensive taste could have gone without a large amont of scrutiny if her son Kairo didn’t have an air mattress in his room. Oh, and lets not forget Phaedra’s staff hunting her down for her $5,000 retainer fee. 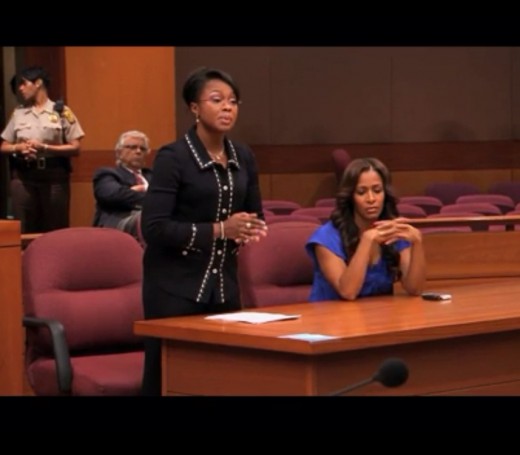 The episode showed a emotional Sheree gain enough courage to appear in court over a child support dispute. Bob represented himself while Phaedra Parks was Sheree’s attorney. The court hearing was short because Bob handed the judge a contempt of court charge against Sheree. He claims she stole all of the furniture when she moved out of their home during the divorce. The hearing was rescheduled to a later date. 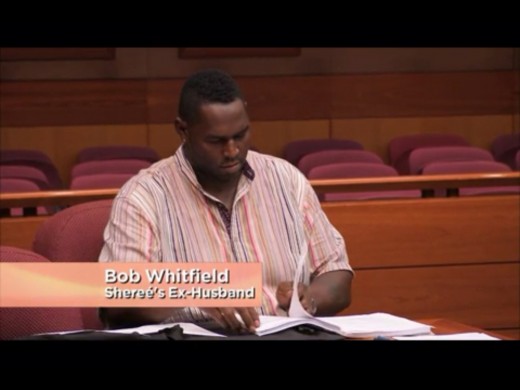 Bob allegedly claims Sheree stole the furniture when she was evicted from the property by the bank. She also stole all the light fixtures and applicances. So before the child support hearing can take place the court must address the theft case, Tamara Tattles reports.

Tamara Tattles recounts Sheree and Bob’s relationship. If you have a minute take a look:

Sheree met Bob Whitfield back in 1993 and three years later in 1996 she gave birth to their first child a son, Kairo. Three years after that in 1999 she gave birth to their second child, a daughter, Kaleigh. Sheree has another child, Tierra, who was born well prior to meeting Bob when Sheree was a teen. Tierra was shown on season three when she moved back to Atlanta with her boyfriend of six years. The Sheree married Bob Whitfield in 2000 and officially separated in 2003. The divorce was finalized in 2007, which was also the year Bob Whitfield retired from the Atlanta Falcons.

So let’s look at the divorce settlement. Although the relationship between Sheree and Bob lasted fourteen years, the marriage itself was a brief three year event. Sheree’s lawyers played up the fourteen year investment and two children. Bob’s lawyers focused on the short-term marriage. Ultimately, Bob’s attorneys turned out to be the best in court. Sheree was awarded custody of the children, $2,142.87 a month in child support, approximately $1.1 million in property division, and half of his NFL retirement plans.

What she did not get was any physical property nor any alimony. Sheree fought this all the way to the Georgia Supreme court but the courts all upheld the original divorce decree. The fur finally stopped flying sometime in 2009. This meant that despite the fact that Bob Whitfield owned four
homes and a recording studio in Atlanta he was evicting the mother of his children from his Sandy Springs home. Apparently, he decided to stop paying the mortgage on the home after he moved out and the house was eventually foreclosed on. Ironically, the property ended up selling for 1.1 million the same amount that Sheree was bought out for in the settlement. Clearly the divorce was not
amicable. After retiring from the Falcons Bob Whitfield was and is a successful businessman who could certainly have afforded to continue the payments on the property but simply chose to lose it in foreclosure rather than allow Sheree and his children to live there. In November of 2010 after running up over $180,000 on lawyer fees which she neglected to pay, her lawyers came after her for payment by attaching the brand new Aston Martin she purchased
with part of her settlement money. Apparently, you can’t just spend all of your settlement money after receiving it and not pay off your lawyers.

When Sheree was evicted, she allegedly took with her all the appliances and fixtures in the Long Island Drive house which she valued at $200,000. Shelia Rashad, who was an acquaintance, was hired to help her with the foreclosure situation in an attempt to buy more time in the property. According to Sheree, Rashad loaded up all of her fixtures in a Penske van and made off
with them. Rashad gave the following statement to the AJC in June of 2009: “She threw me under when she left the house in such deplorable condition, considering she had me sign my name and made me responsible for the mess she left,” Rashad wrote in another email. “Her stripping the house was not part of the deal, it was clear that she was to leave the light fixtures and appliances. They would have understood her taking some of the fixtures but not every last one of them.”

This typically is only part of the deal if the furniture is rented. Rent-to-own items are generally included in the foreclosure contract. I’m rather fuzzy on the furniture claims in this situation. 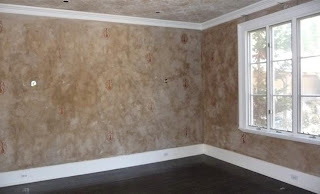 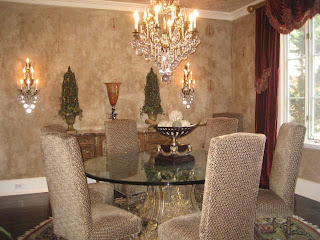 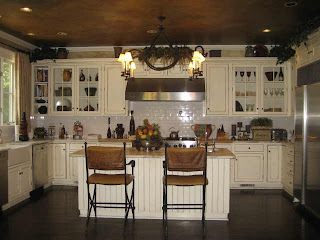 Okay, so now Sheree is out of the house, but wants to keep the kids in the same school district. Fulton County schools generally suck, but the High School in her district is considered very good. So she has been renting a house in that district, just a couple streets over since her eviction. There are rumors that Bravo has had to pay part of her rent. The same rumors were going around a few
seasons ago about Nene’s property woes.

That leads us up to tonight’s episode and her building “Chateau Sheree” replete with ballrooms and gyms and such. Heh. I read an article a few days a go that I cannot for the life of me find. I remember the house she is building is in the Londonberry neighborhood and the square footage was 8,000 feet. Londonberry is a very nice neighborhood that is sought after by parents with school-age children but is certainly not the best area of Atlanta to live in. The really wealthy live over in Big Poppa’s neighborhood. Since Nene is so very rich maybe she will buy his house. I believe it is still on the market. Sheree’s in house is hardly large enough for all the amenities Sheree spouts off to the contractor on tonight’s episode. It would be a nice step up from the townhome she lives in now. It would not surprise me if she already had her kitchen appliances and light fixtures picked out for the new house. 🙂 It’s great that she wants a library. She doesn’t read of course but
she thinks having a library is what rich people do. Those rich people generally have more than a high school education and can read well, but fake it ’til you make it Sheree!