Real Housewives of Atlanta: Dwight Eubanks Says He Doesn’t Miss Being On Show

The Real Housewives of Atlanta hasn’t disappointed fans this season.

There is a slew of storylines and characters to keep everyone on their toes. But despite all the drama, has anyone missed Dwight Eubanks? You know, the former best friend of NeNe Leakes. He’s been missing in action because he quit the show in July. Although, he didn’t have a contract with the show he didn’t have a problem announcing his departure.

“We can entertain you, but you still need to be educated, Dwight said. “That’s what’s lacking in the television industry. It’s so much buffoonery and craziness out there. I just can’t do it. I refuse to do it.”

Celebrity stylists Lawrence Washington and Derek J has returned with their heel wearing jaw-dropping looks. But it just hasn’t quite been the same without Eubanks’ know-it-all persona. 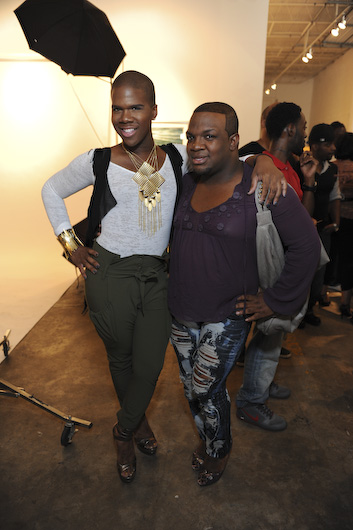 Eubanks sat down with Atlantaboy.com, which is one of the gay Atlanta blogs, to talk about his absence from the show and what he thinks about this season.

“I do not miss being on that show particularly. I did not watch it last year but I do hear a lot of comments about it. It was fun and footsteps in the direction I was going in. I’m still great friends with them and love them all, but I feel that when you know better, you do better. Being on television was great, it had its advantages and disadvantages, but it’s not over yet. There’s a whole lot behind this door that America has not seen. It seems as though reality TV isn’t going anywhere, but let’s have some
substance.”

Eubanks has renewed his cosmetology license and is now doing hair again. It was a step in the right direction for Eubanks who allegedly was evicted from his Decateur home in January, AccessAtlanta reports. City marshals were presence while Eubanks carted his stuff away in a U-Haul. When Eubanks was asked about the move he said, “It’s a long story but it’s none of my stuff.” “I’m helping a friend move his stuff.”

But AccessAtlanta reports, Eubanks had been living at that residence since June 1999. Eubanks’ name was not listed as the owner. Terry Morris was the name on two tax liens in 2010. There have been at least two previous eviction attempts, according to tax liens. The property was purchased in November 2009 for $350,000, according to public records.

Maybe financial woes prevented Eubanks from singing on for another season. We hope that’s not the case, it hasn’t stopped some cast members from appearing on the show.