Love and Hip Hop star Jim Jones was arrested at the MGM Grand at Foxwoods Casino in Connecticut last night.

Jones was involved in a huge brawl inside the casino that required five cops and some mace to contain him on Feb. 24. A source told TMZ that the rapper was walking through the casino after a party hosted by Diddy when an intoxicated man came up to Jones and began talking smack. 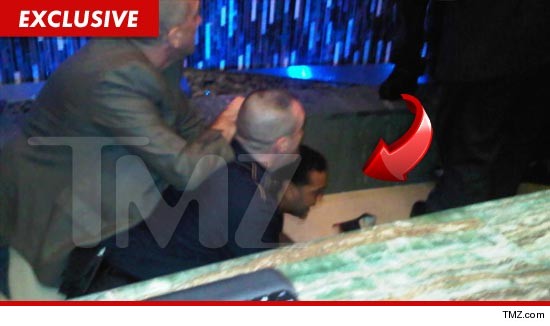 Jones did his best to ignore the man but things quickly got out of hand. The unidentified man hit Jones in the face and that’s when the rapper fought back in self-defense, TMZ reports. The unidentified man’s friends jumped in and so did Jones’ entourage. Jones did not know who the man was or why he hit him.

Jones has since bonded out of jail and is headed back to New York.

Watch footage of the brawl below.