Rapper French Montana shocked his fans when he revealed he’s been married for the last five years.

But his marriage hasn’t been wedded bliss. French Montana, whose real name is Karim Kharbouch, revealed in an interview with The BoomBox.com, that he and his wife Deen Kharbouch are getting a divorce.

“Man I couldn’t do it, that’s why we got separated, said French Montana. “At first it was smooth, but then as much as people think that money changes you, it’s changing them around you. A person ain’t gonna treat you the same now that they think that you think you somebody.”

French didn’t go into detail about why the couple split but he did elaborate a little more.

“You around so many beautiful women, that’s a conflict too,” French told The BoomBox. “It’s just about finding somebody that understand the game, what you’re into. But then on the flip side of the coin, you gotta understand their game, what they into…There’s a flip side to everything. 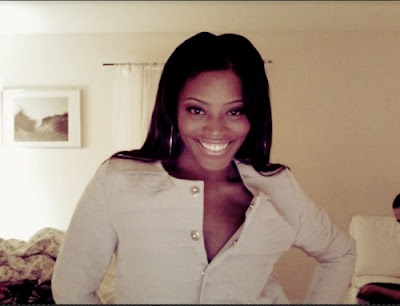 Once French’s estranged wife Deen heard the comments, she posted a series of tweets on her Twitter account. 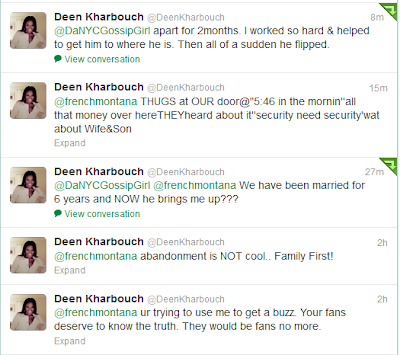 French Montana should know you should never bash your wife. There is always two sides to a story.