Since Kim and Kanye publicly announced they were a couple last year, almost every story has been in the headlines about these two. But the ultimate allegation comes from In Touch Weekly. The tabloid claims to know the reason why Kim wore that hideous floral dress to the MET Gala.

The magazine alleges Kanye’s friendship with Givenchy designer Riccardo Tisci, who designed Kim’s gown, is more than just a friendship and that the two are dating. In Touch claims Riccardo designed her horrid dress on purpose to make her look bad.

In Touch Weekly is using anonymous sources and commenters to report that the pregnant reality star fears that West is in a relationship with Riccardo.

“Kim freaked out,” a “close” friend of Kardashian told In Touch. “If it turns out Kanye is involved with Riccardo, she will be utterly embarrassed – more so than she’s ever been in her life.” 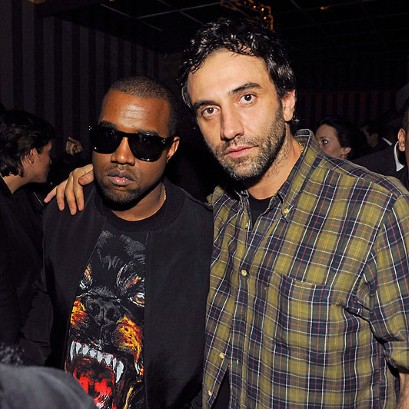 The magazine claims Kanye spent a lot of time in Paris with Riccardo while pregnant Kim was in the states. Riccardo has allegedly bought a place near Kanye’s home in New York.

“Kanye is obsessed with Riccardo,” a source told In Touch. “They have a very deep bond. They’re  super close. They spend a lot of time together in Kanye’s apartment. And what more proof do you need than that?!”

The magazine reports that Kim has always had suspicions that Kanye could be gay.

“He pursued her for years, but she felt there was no heat between them,”  a source said. “She was convinced he was gay and kept rejecting him.”

But somehow, Kim got over her suspicions and they became a couple. But all is not well between the two.

“He’s checked out of their relationship,” Kim’s friend told In Touch. “When he’s with her, he looks miserable. Kim’s completely humiliated and horrified. The last thing she needs is another failed relationship.”