Porsha Stewart Falls Behind on Homeowner’s Dues, Bank Accounts May Be Frozen

Real Housewives of Atlanta star Porsha Stewart moved into a 8,000 square-foot home in the Atlanta suburbs during an episode of the hit Bravo show.

Some of her costars questioned whether it was a good idea being that she was in the middle of a divorce and didn’t need that much space. But Stewart insisted on staying in the home, which is close by costar NeNe Leakes.

Now there are reports that it may not been a good idea to move after all. According to court documents obtained by Radar Online, Stewart was sued by The Grandview Condominium Association in 2012 for falling behind on her homeowner’s dues for a once lived in a high-rise condo in Atlanta. 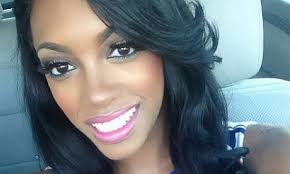 Stewart never responded to the lawsuit and the Condo Association went back to court in November of 2013. A judge signed off on court documents issuing the garnishment of her bank account for $17,859.67 on Jan. 13.

Unfortunately for the homeowner’s association, TMZ reports it could be quite some time before Porsha’s debt is settled. The reality star is not making very much money at the moment.

A source told TMZ that Porsha’s main source of income is her Bravo check, along with Kordell’s spousal support payment of $5,000 a month. She allegedly has had to move back in with her mother to save money.

Meanwhile, Porsha recently admitted that she’s found someone special. She reveals that because he’s “well known” she’s keeping the relationship under wraps for now.

“There’s someone that I think is very special. He’s kind of standing out of the pack right now, so we’ll see how that turns out,” Porsha told Radar Online. “He’s well known and I’m just a little cautious this go around so I’m just kind of waiting for the time to be right before I make the next move.”