Pistorius, who made history as the first double amputee sprinter to compete in the 2012 Olympics, allegedly shot his 30-year-old girlfriend in his home in Pretoria, South Africa. When police responded to reports of gun fire at Pistorius home they found paramedics treating Reeva Steenkamp, an aspiring model and law graduate, for gunshot wounds.

Steenkamp was pronounced dead and Oscar was taken into custody. A 9-mm pistol was found at the scene, USA Today reports. Steenkamp was shot in the hand and head. 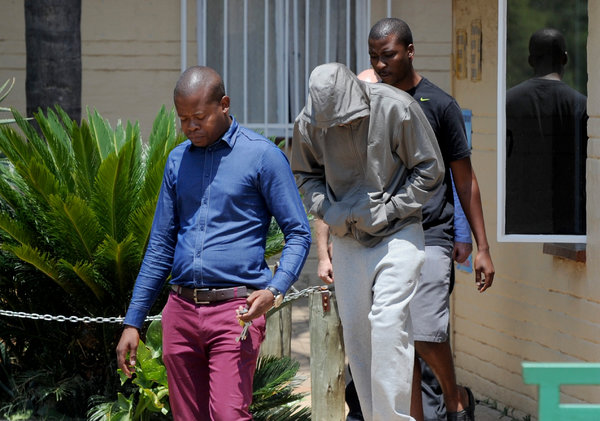 Pistorius told the police that the shooting was an accident and he had mistaken the victim for an intruder, the New York Times reports. Police spokeswoman, Brig. Denise Beukes said reports about there being an intruder had taken her by surprise and she noted that police had responded to previous complaints of a “domestic nature” at Pistorius’ home before. The couple had reportedly been dating for a few months.

Steenkamp’s publicist Sarit Tomlinson described the incident to the Huffington Post as a “huge loss for everyone and too shocking for words. She was a rising star … a very bright young girl.”

According to TMZ, in 2009 Pistorius was arrested and spent 24 hours in jail for assaulting a female friend. The friend decided not to press charges.

Pistorius, who was born without a fibula in both legs, was an Olympic finalist in the 400 meters. The 26-year old won two Paralympic gold medals, Paralympic silver, two world records, a Paralympic record. He was also named one of the “sexiest men alive” by People Magazine.

Pistorius will appear in court on Friday.