Minaj claims that Samuels served her with another lawsuit earlier this month. In a lengthy Twitter on Tuesday, Minaj accused Samuels of extortion. She believes he can’t seem to let go of their 12-year relationship.

“You’d be surprised to know that there r ppl who actually die inside every time they catch a little glimpse of your happiness,” Minaj tweeted. “Ni**az get mad when they can’t come & live lavish wit u…. #poorting I know it hurts.”

Minaj claims SB is suing her for emotional and physical abuse. She didn’t hold back in her rant. Read it below and Samuels response. 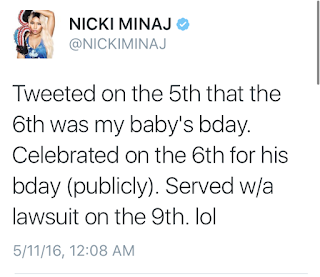 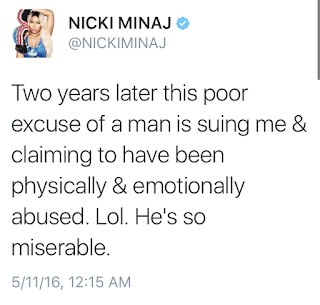 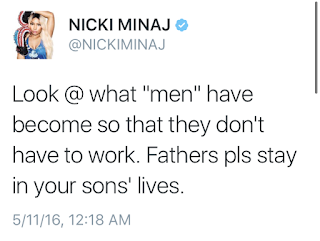 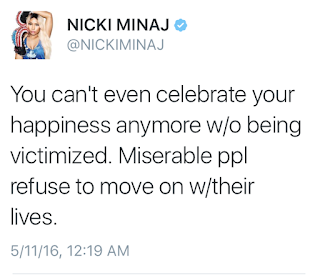 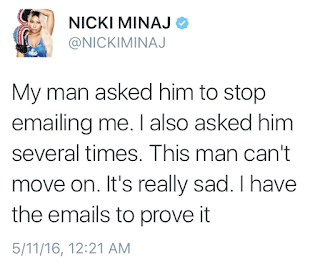 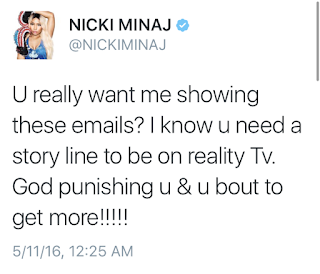 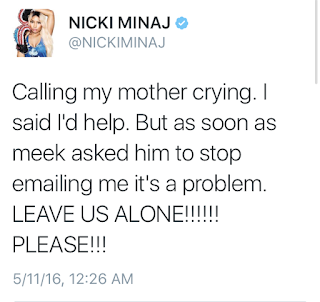 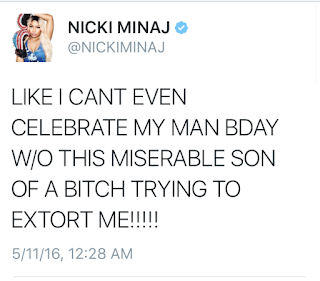 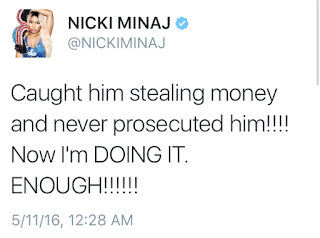 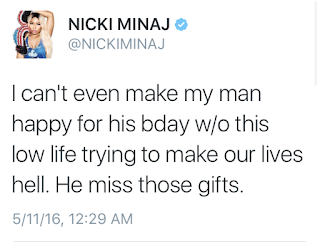 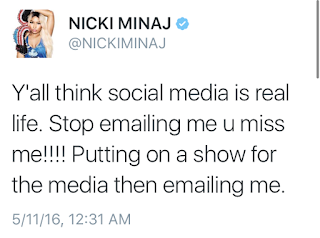 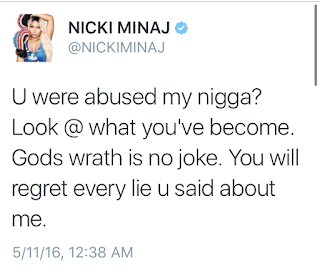 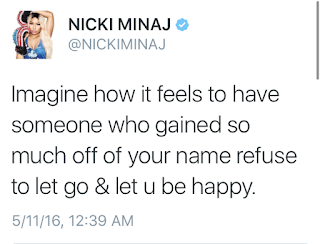 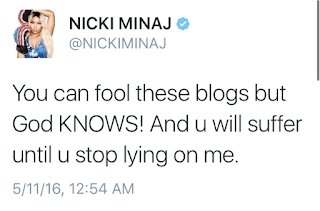 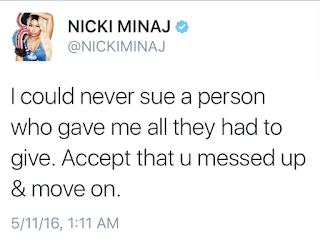 It didn’t take long for Samuels to respond.

Reps for Safaree toldl Complex Magazine, “Initially things were being handled privately behind the scenes but it was taken to social media and unfortunately its now being played out in the public eye which could easily be interpreted as a cry for attention. Safaree will not continue in any more social media feuds and at this time we are unable to comment or provide any details pertaining to the current legal proceedings that are taking place with Safaree Samuels and Nicki Minaj. We are confident that things will be both favorable and amicable for all parties.”

If SB is suing Minaj, it won’t be the first time. Samuels, who earned executive producer credit on Pink Friday and Pink Friday: Roman Reloaded, reportedly sued her for a cut from her albums, claiming that he was instrumental in the creative process.