Minaj, who is known for her colorful wigs and outlandish outfits, will be the face of Pepsi’s new drink, Pop. Forbes magazine broke the news of Minaj’s new venture after an interview with Glu Agency founder and CEO Derek Jackson, who helped broker the deal. Jackson also inked a similar deal with Lil Wayne and Mountain Dew, which is also owned by Pepsi.

“You’ll see the commercial probably in the next two months,” Jackson told Forbes. “That’ll be a segue into a new beverage Pepsi has, called ‘Pop,’ and she’ll be the face of the brand … it’s going to be explosive.” 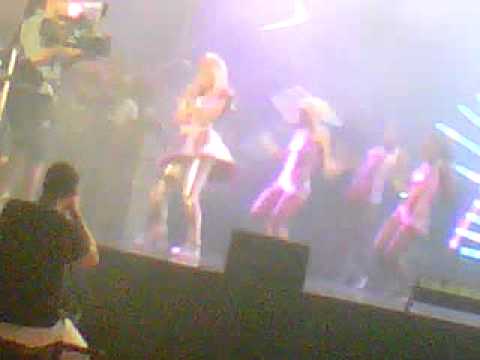 Jackson didn’t reveal the exact amount Minaj received but he did confirm that it was a seven-figure deal. A commercial for the “Pop” product featuring Minaj wrapped up filming in South America last month. Pepsi and Mountain Dew are also said to be the backers behind an original film featuring Lil Wayne as well.

Watch raw behind the scenes footage of the commercial below.