Nicki Minaj has had enough of the ghostwriting rumors.

“Party Next Door had NOTHING to do w/ #RegretInYourTears – ni**a aint never heard that song a day in his life. Bless y’all heart,” Minaj tweeted. “Not sure why he was ‘liking’ tweets. Maybe it was just ‘funny’ to him. Maybe he was…’hacked’. Lol. Either way. #DisTewMuch FOH.” Read the entire rant below. 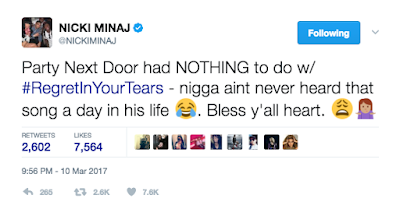 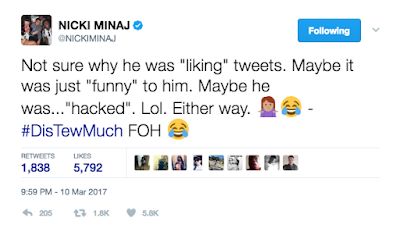 Earlier that day, PND liked a series of tweets about the subject. One linked to “Regret in Your Tears” and added: “*awaits for @partynextdoor reference track.” Read some of the tweets he liked below. 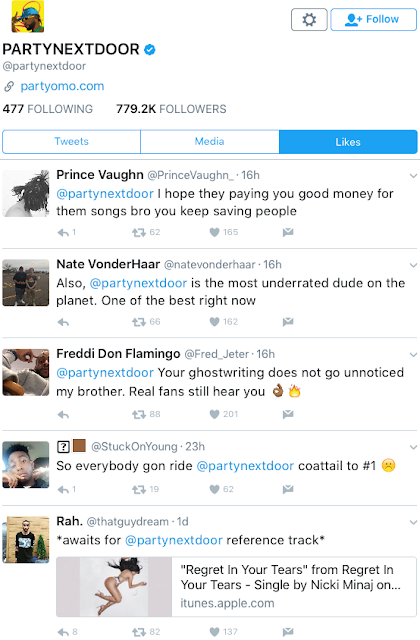 Last year, PND’s demo for Rihanna’s Work leaked, and Minaj referenced that in a tweet as well.

PND is signed to Drake’s OVO imprint. He is also featured on Major Lazer’s latest single, Run Up, with Minaj.