Amber Rose is not letting her divorce from Wiz Khalifa spoil her fun.

Rose filed for divorce from Wiz Khalifa on Sept. 23 after one year of marriage. But it appears that she’s not worried about the split and has reportedly moved on with Gene Simmons’ son Nick Simmons.

Rose and Simmons were caught leaving Playhouse nightclub in Hollywood last Thursday night together. Rose was also spotted grinding on Simmons in the club while he sucked on her fingers.

Although the two have been seen numerous times together, Simmons denies that there is a relationship. After Nick’s mom Shannon posted a story about the possible relationship, Nick denied it on Twitter. 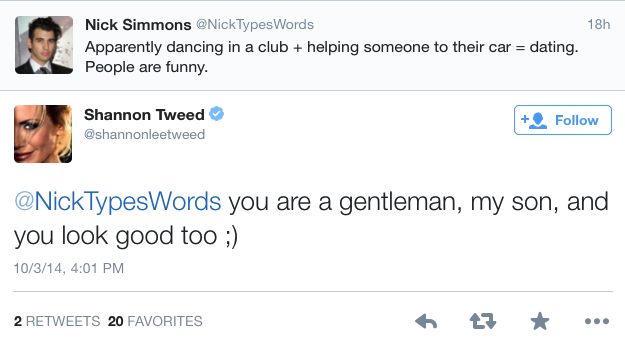 Watch Rose and Simmons cozy up in the club below.