Bobbi Kristina Brown’s husband Nick Gordon is not getting along with his wife’s family.

Gordon, who Whitney Houston reportedly adopted at the age of 12, seems to have got into a fight with Gary Michael Houston. Instead of working out their differences privately, Gordon blasted Whitney’s nephew on Twitter.

Check out the Twitter exchange between Gordon and Houston below. 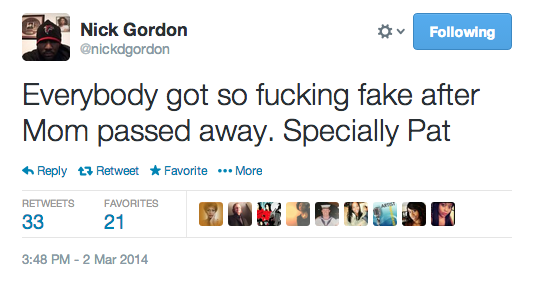 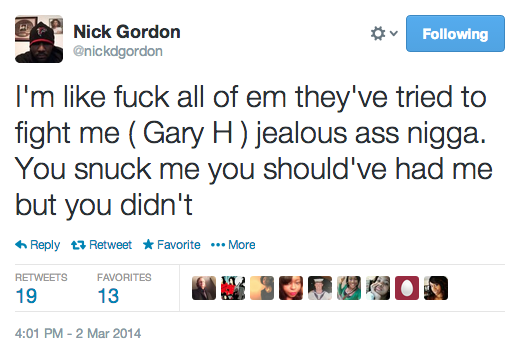 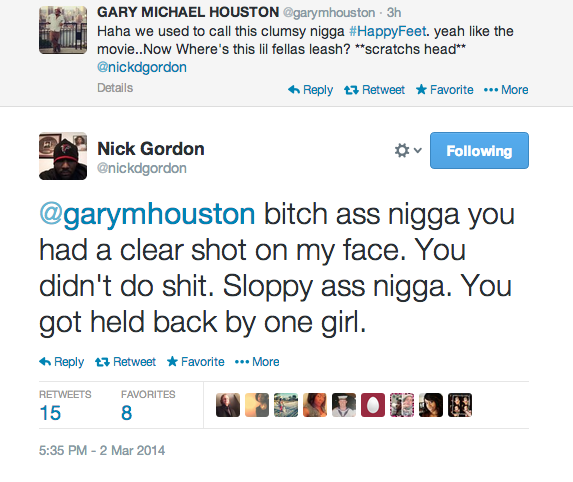 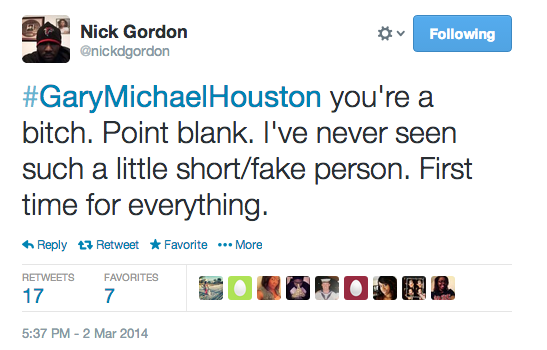 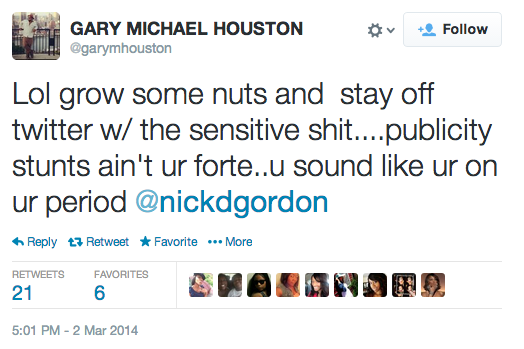 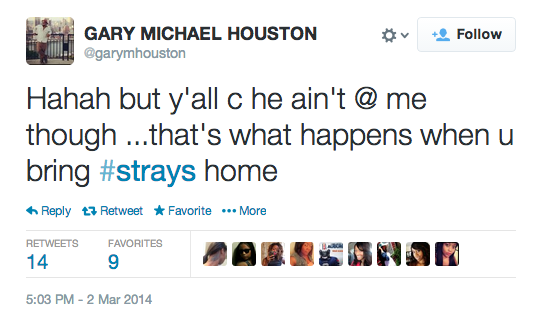 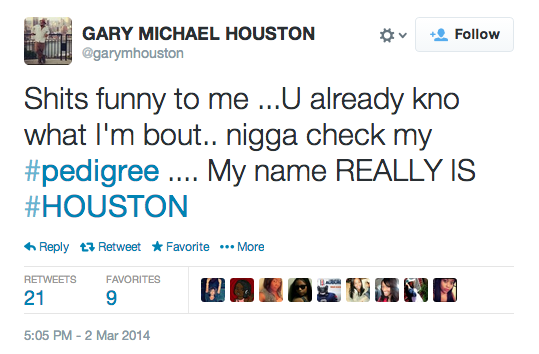 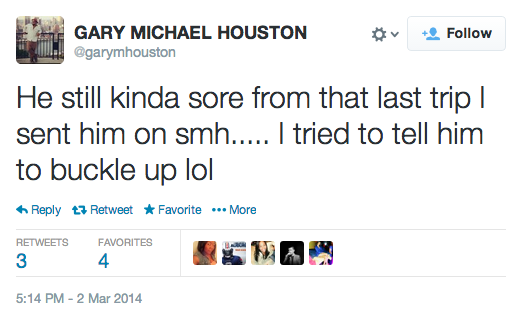 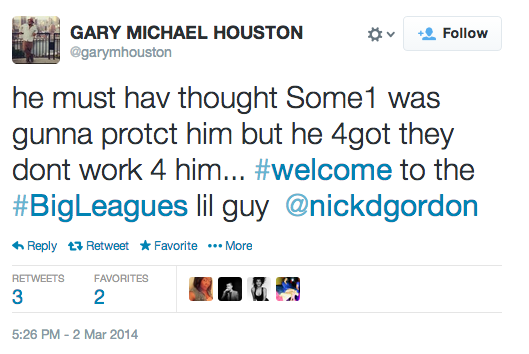 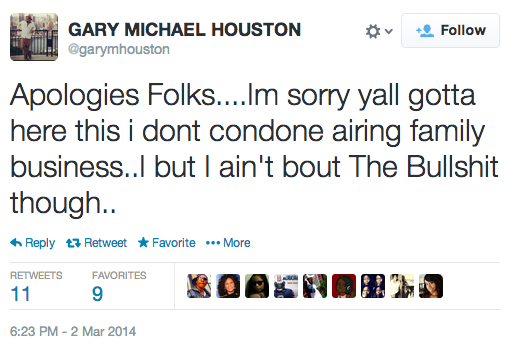 Photos via Yahoo.com and Bravo