Mariah Carey and Nick Cannon are having a rough patch in their marriage.

And Carey and Cannon have been living a part for months because of it. Cannon confirmed to The Insider’s Chris Spencer that he and Carey are currently living apart.

“There is trouble in paradise. We have been living in separate houses for a few months,” The America’s Got Talent host said. Cannon made sure he denied rumors that the problems in his marriage are due to infidelity.

The couple, who has been married since 2008, have 3-year-old twins together, Monroe and Moroccan.

“My main focus is my kids,” Cannon told The Insider. 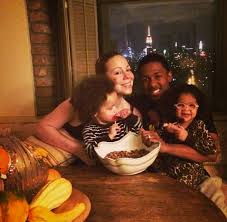 Rumors began to swirl this week after The New York Post’s Page Six reported Carey and Cannon are “living separately.” The report also included that Carey has allegedly suspected him of cheating and has hired security to keep watch on him during club appearances.

According to TMZ, the divorce is “a done deal.” Divorce lawyers have been brought in to negotiate a property settlement and custody agreement for their twins.

Carey was allegedly upset for weeks and felt humiliated, but the relationship never recovered. Cannon added more fuel to the fire when he appeared on Howard Stern and talked about Carey not having sex before their marriage, which set her off even more.

Carey feels that Cannon has abandoned her by taking every job offer when they don’t need the money, which has also kept him away from their kids. Cannon, on the other hand, feels that Carey has become impossible because she surrounds herself with “yes men.” He believes she can’t handle it when he disagrees with her.

E! News reports that the couple’s Bahamas home, where they wed in April 2008, and their Bel-Air estate are currently on the market.

Photos via Zap2it.com and Thisis50.com