Ganaway, who just completed his rookie season, has been working at a Jimmy John’s sandwich shop in Waco, Texas. His strange job choice during the offseason has everyone wondering why he applied. Ganaway, who played in three games as a running back last season and made the league minimum wage of $390,000, has a couple of reasons.

Ganaway became a Jimmy John’s employee after he posted ‘was anyone in Waco hiring’ on Jan. 15. Someone told him to come work for Jimmy John’s and shortly thereafter he was behind the counter. Ganaway works Monday, Tuesday, and Thursday, from 5-9 p.m.

“I just wanted to stay fit, stay out of trouble, and really just try to save money and not spend a lot of money,” Ganaway told the St. Louis Post-Dispatch. “Got to learn everything on the menu. It’s something that I’m learning every day. You’ve got to know your sandwich.” 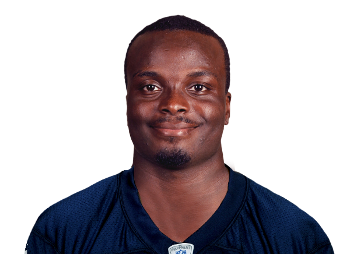 Ganaway’s new job hasn’t interrupted his training. He still works out everyday and sometimes twice a day. He was a sixth-round draft pick of the New York Jets last year and was waived before the season began. Ganaway was picked up by the Rams and remained with them for the season.