Wilson released a statement Wednesday that revealed he filed divorce from wife Ashton, whom he married in January 2012.

“I have made the difficult decision to file for divorce. Clearly, decisions like these don’t come easy. Ashton and I respectfully ask for prayers, understanding and privacy during this difficult time.”

Wilson married Ashton in January 2012 after he finished his college career at Wisconsin and before he was drafted by the Seahawks. The two were high school sweethearts. 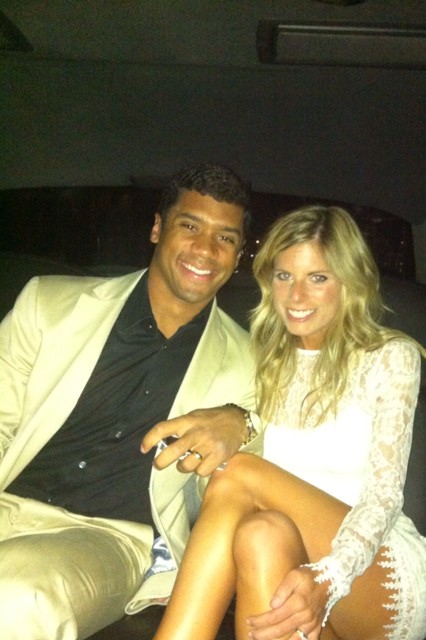 It’s rumored that Wilson is divorcing Ashton before he signs a contract extension with the Seahawks. Wilson is still on his rookie deal and is making a fraction of what Super Bowl-winning quarterbacks earn. Many suspect he doesn’t want to split the money with Ashton if they were to get a divorce after he signs new deal.

Photos via Bleacherreport.com and PlayerWives.com