RG3, 23, exchanged vows to Liddicoat in front of family and friends in a lavish ceremony in Boulder, Colorado on Saturday. RG3 and his bride, who were engaged in 2010, wore all white while the groomsmen in black and the bridesmaids in pink.

Griffin had the rehearsal dinner at Mike Shanahan’s Steakhouse in Denver on Thursday, and about 30-40 people attended, the Denver Post reports. Teammates from Griffin’s playing career at Baylor, and current teammates from the Redskins attended the wedding, along with Shanahan and Baylor coach Art Briles.

Griffin announced the wedding on Twitter Saturday with the tweet, “The easiest way to say It……BIG DAY!” Briles tweeted the photo below with the caption, “NFL Rookie of the Year – Heisman Trophy Winner – most importantly Baylor QB. RG3’s wedding!”

Check out a few more photos from the wedding below. 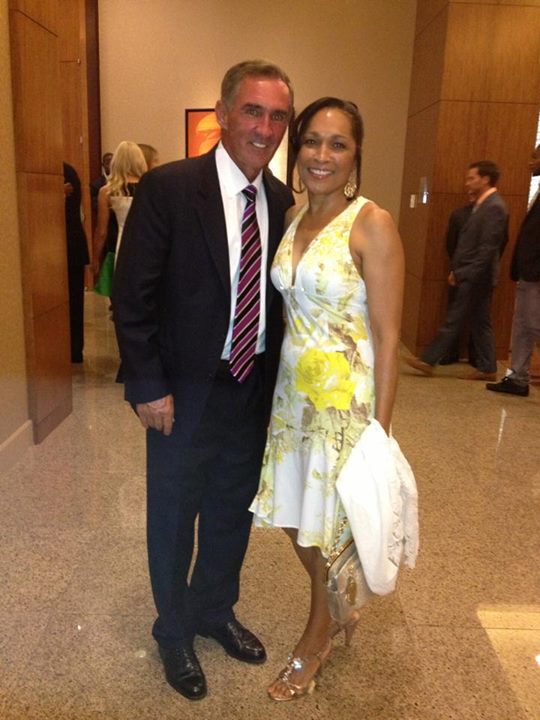 Shanahan posed with a guest.