Dallas Cowboys star Orlando Scandrick has had second thoughts about his engagement.

The defensive back called off his engagement to Basketball Wives star Draya Michele. In a statement to TMZ Sports, Scandrick said his proposal was a mistake and a poor decision.

“I have made the decision to call off the engagement and permanently end the relationship I had with Draya,” Scandrick told TMZ. “In hindsight, it was a poor decision to propose I am anxious to move on with my life both personally and professionally.” 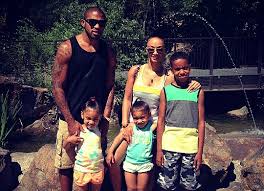 Scandrick, who is the father of twin girls, proposed to Draya in June after the couple broke up earlier this year. Scandrick gifted Draya, who has one son, with a $400,000 engagement ring. It’s unclear if Draya returned the ring.

It also unclear if the couple will reconcile, like they have in the past. But it is clear that they have some issues they need to address in their relationship before they head down the isle..