San Francisco quarterback Colin Kaepernick is a man of his word.

Kaepernick shaved off one of his eyebrows after losing a bet to Seattle Seahawks quarterback Russell Wilson. The two starred in a commercial for Madden 25 together where they made a bet that the losing quarterback would have to shave an eyebrow off. Seattle beat the 49ers 29-3 on Sunday.

The bet got tons of publicity during the week, but Wilson admitted on Seattle’s Softy Mahler’s radio show that the bet wasn’t real. That didn’t stop EA Sports from releasing a video following the game of Kaepernick shaving off his eyebrow. 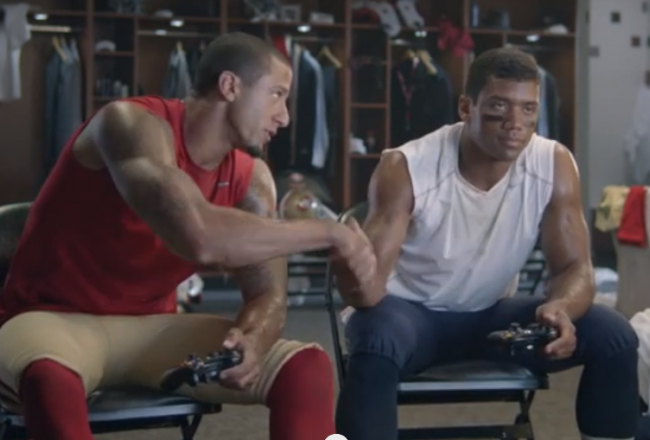 For those unfamiliar with how this sort of thing works, a company usually films two versions of the commercial — one with Kaepernick shaving the eyebrow and the other with Wilson doing it. Then they release the appropriate video based on the outcome of the game.

Watch the commercial below.