The ink on Jason Kidd’s contract with the New York Knicks hasn’t even dried yet and he’s already been arrested.

Kidd, who recently signed a new three-year, $9 million deal with the Knicks, was arrested in Southampton for DWI in the wee hours of Sunday morning. The 39-year-old player struck a telephone pole with his Cadillac Escalade and then drove into the woods just before 2 a.m.

Kidd was taken to the hospital for minor injuries before he was arrested for a misdemeanor driving-while-intoxicated charge. He was arraigned at South Hampton Town Justice Court before being released without bond.

According to TMZ, Kidd appeared “incredibly drunk” while in SL East nightclub where he allegedly tried to hang from a club light and broke it. He had to be carried out of the club by friends. 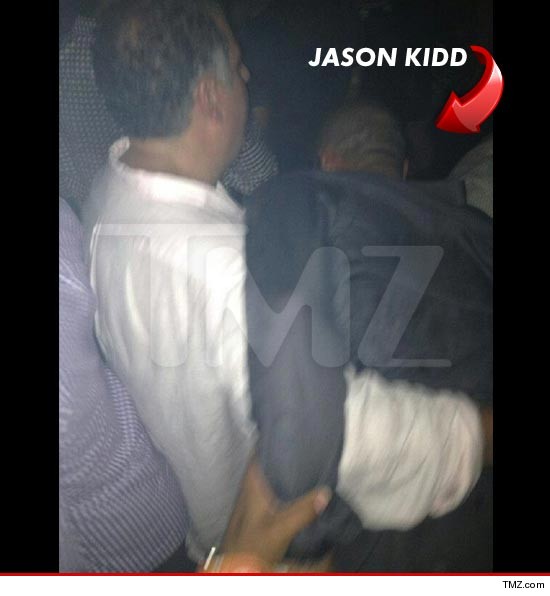 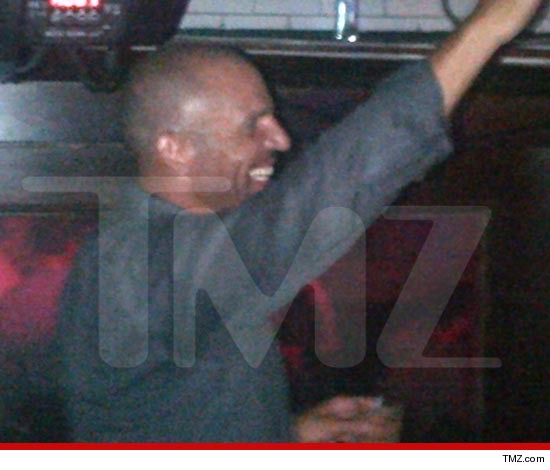 A source told the website that Kidd’s friends didn’t want him to drive, but he got behind the driver’s seat of his truck and left anyway. An hour later he ran into a telephone poll.

Earlier that night, Kidd and his wife Porschla attended Ne-Yo & George Lucas’ big “Fostering A Legacy” benefit in East Hampton. He even tweeted the photo below with the caption, “Great to meet George Lucas as he was honored by the Compound Foundation.” 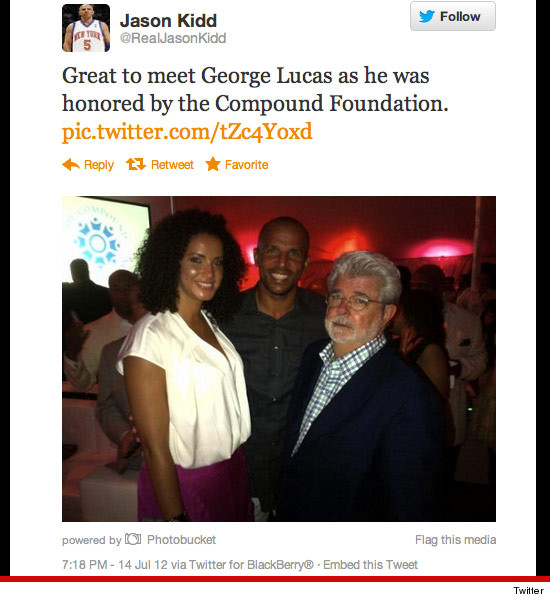