NeNe jumped on Twitter after Sunday’s episode to reveal a few things some viewers may not have known. Without revealing names, NeNe claims one person doesn’t make a dime from appearing on the show while another’s salary is very small.

NeNe even makes a bold statement that someone won’t be returning next season. The Dancing With the Stars contestant is more than likely talking about Marlo.

NeNe’s rant came shortly after Marlo and Kenya were bashing her on the show. Check out NeNe’s Twitter rant below. 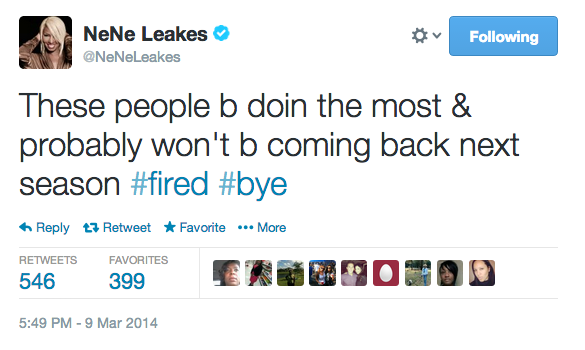 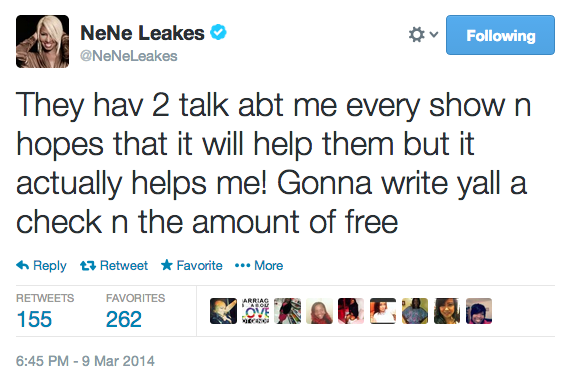 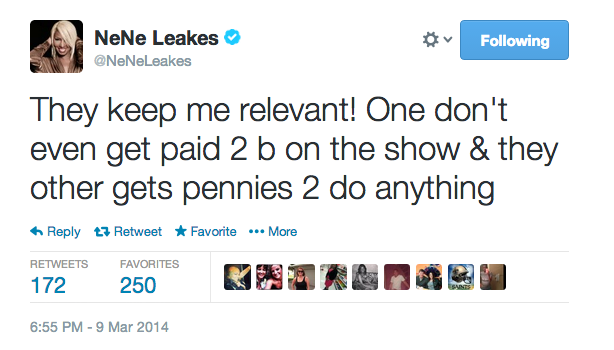