Real Housewives of Atlanta star NeNe Leakes is furious over rumors that her ex-husband Gregg Leakes is cheating on her.

Although NeNe and Gregg are divorced, the couple are still very much together. It’s rumored that they split because of financial reasons. Gregg allegedly has racked of plenty of debt around Atlanta, Fox 5 reports.

So it came as no surprise when NeNe went balistic on a blogger on Twitter when she ran a story about Gregg cheating on her with celebrity publicist Pam Pinnock. The rumors began when NeNe and Gregg attended a deaf event in Atlanta and Gregg posed for a photo with Pinnock.

Straight from the A received this email:

A few weeks ago NeNe Leakes went on Twitter desparately trying to find a trainer so she could get in shape in an attempt to win back her ex-husband Greg Leakes who has now moved on and dating Mike Tyson’s ex girlfriend celebrity publicist Pam Pinnock. Pam and Greg have been seen all over Atlanta attending charity events and she has also been playing step mommy to NeNe’s kids.

When NeNe found out shit hit the fan and she told her son Brice that if he continued to hang around Pam she would boycott him from taping on this seasons Real Housewives of Atlanta which is now taping. Well bad boy Brice didn’t take to kindly to threats. So he and Pam Pinnock have been seen along with Greg shopping and going out to dinner. NeNe went on her twitter yesterday and twitted “Loyalty is Everything.” Hoping this would change Brice’s mind about hanging around his new step moma.

Pam Pinnock spent mothers day and fathers day with NeNe’s kids and Greg in Atlanta. Word has it that NeNe has been so upset about Greg’s new girlfriend she hasn’t been able to focus on her new role with the sitcom “The Normal.” Please photo’s attached with Greg Leakes and his new girlfriend Pam Pinnock at a charity event on June 2, 2012, Brice and his step moma Pam Pinnock at The Real Men Cook Charity Event. 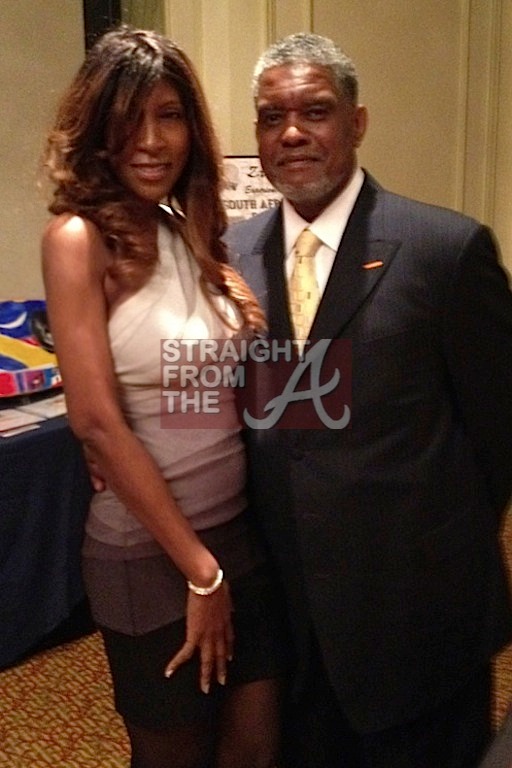 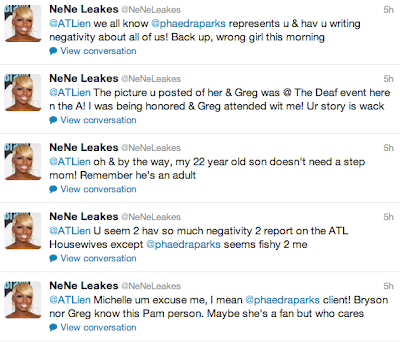 Linnethia, you are divorced remember? Check out a 2008 story Fox 5 did on Greg’s finanical woes below.