Real Housewives of Atlanta star NeNe Leakes has some unresolved tension with costar Phaedra Parks on the second installment of the season five reunion show.

Leakes has held a grudge with Phaedra because she accused the celebrity lawyer of conspiring with her half sisters to expose her on the show. Phaedra apologized and denied those were her true intentions but NeNe didn’t believe her.

Now an all out war has ignited between NeNe and her half sisters Kenya Sherman and Kendle Kenya Sparks Davis. After the show aired, NeNe’s younger sister Kendle vented her frustration because NeNe called her a half-sister when they share the same mother.

Kendle needs to brush up on her genetics because a sibling is considered a half-brother/sister if they don’t share the same father. Anyway, their sister Kenya went into further detail about the feud with NeNe on Twitter. Meanwhile, NeNe has responded to her sisters without mentioning their names. 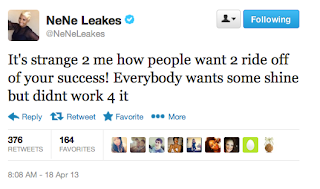 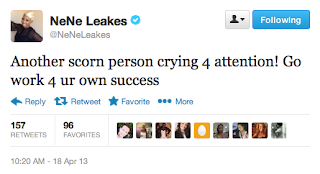 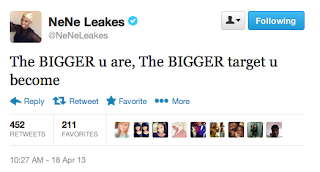 NeNe even took a few jabs at her sisters. She posted the photo below with the caption, “Me and my sisters have arrived in LA! U Mad.” Photos via Twitter, The Jasmine Brand and Black America Web