Nelly is single and ready to mingle.

The St. Louis rapper announced the news on Instagram. And he even took it a step farther by letting the world know who he may be interested in. Nelly posted a photo of Floyd Mayweather Jr.’s ex-fiance Shantel Jackson as his #WCW (Woman Crush Wednesday).

It’s unclear if Nelly even knows Miss Jackson or if he was just doing it to get back at his ex-girlfriends Ashanti and Tae Heckard. Ashanti is single but Tae’s new boyfriend, Detroit Pistons star Brandon Jennings, has posted plenty of photos showing off their budding romance.

Regardless, Nelly posted Jackson’s photo and mentioned her in the caption so that she would see it.

Mayweather also posted Jackson as his #WCW, but he tried to clown her with his photo. The boxer posted a photo of Jackson without make up and her hair pinned up. Jackson was not amused, she reposted the photo with a response. 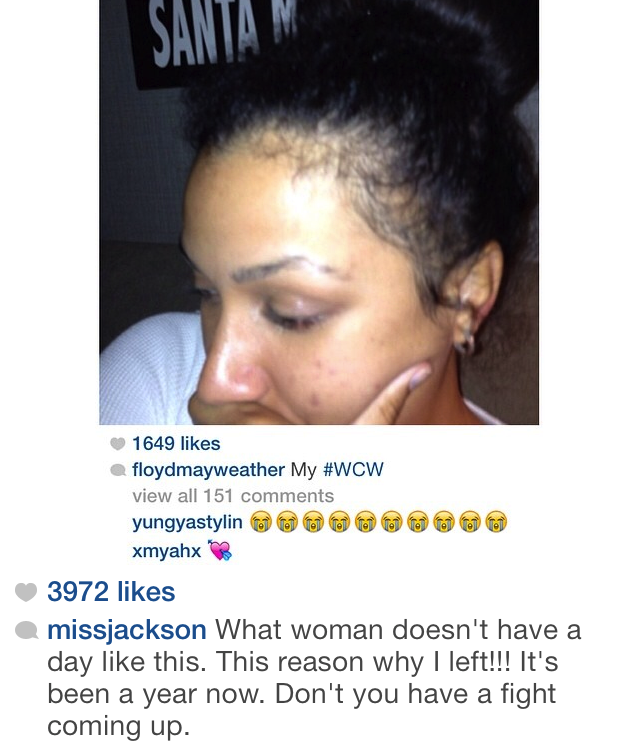