Miami Heat star Dwyane Wade is comfortable in his masculinity.

So much so, that Wade wore a pair of hot pink skinny jeans to Game 6 of the Heat-Indiana Pacers series. He wore the $430 Dsquared2 pants with a fitted white button down shirt and a pair of $1,090 Kanye West Louis Vuitton Jasper sneakers. Wade even had a pink sleeve on one of his fingers and a gold cuff bracelet.

While some gave Wade a pass for his wardrobe after dropping 41 points and 10 rebounds to lead the Heat to a victory. Many were in disbelief. But Wade was aware of the criticism over his pants. He opened the post game press conference in a joking mood addressing his hot pink breaches.

“I want to start off this interview by saying I know they’re killing me in the studio over my pants,” Wade said. “They’re just mad because they can’t pull it off.”

LeBron James even made fun of Wade before the game, “Damn, for real, those are close-out pants? And the finger sleeve?”

James added,”You look like Eddie Murphy in the ’80s.” Wade said, “Eddie Murphy wishes he looked like me.” 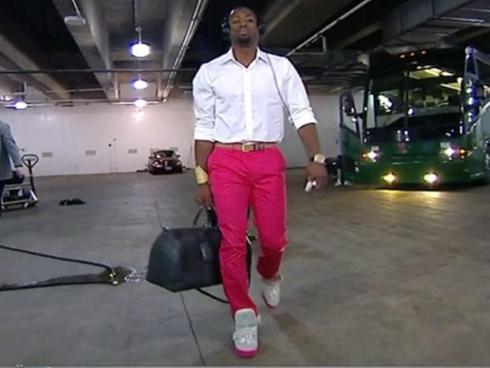 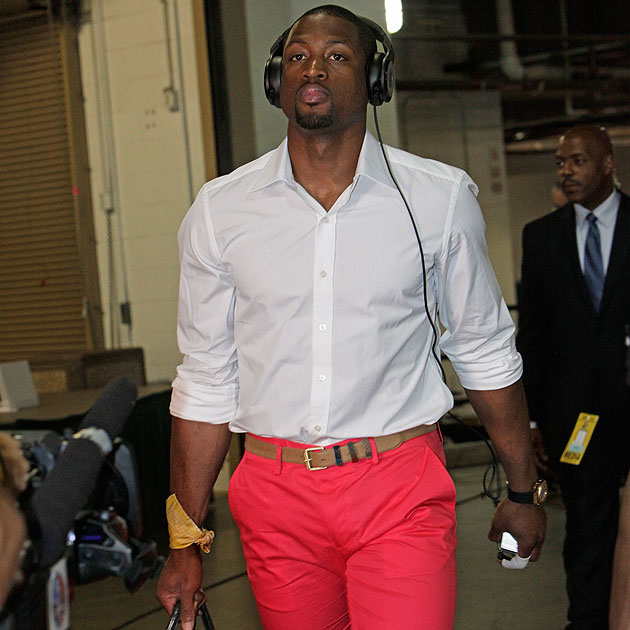 Watch Wade talk about his pants during the press conference below.