Less than four months after breaking up with rapper Big Sean, Rivera married actor Ryan Dorsey. According to People, the couple tied the knot on July 19 in Cabo San Lucas, Mexico in front of a small group of family.

Rivera, 27, walked down the aisle in a Monique Lhuillier gown, while Dorsey wore a Dolce & Gabbana suit. The couple exchanged Neil Lane rings.

“We feel truly blessed to be joined as husband and wife,” said the couple. “Our special day was fated and everything we could have ever asked for.” 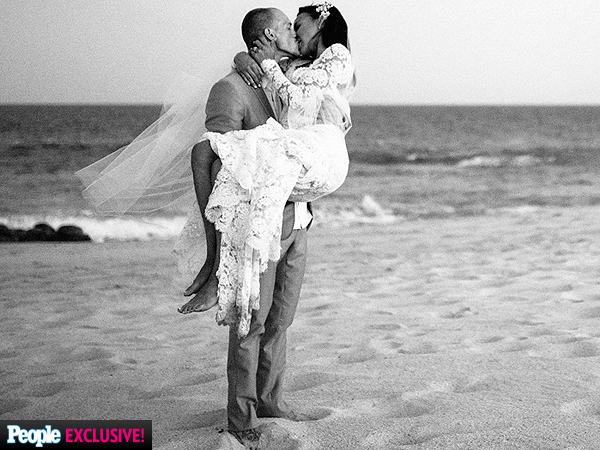 Dorsey, who is from Charleston, West Virgina, attended the New York Conservatory for Dramatic Arts before moving to Los Angeles, where he met Rivera four years ago.

The longtime friends became romantically involved after Rivera and Big Sean ended their engagement in April.