If you haven’t caught an episode of VH1’s Mob Wives then you’re missing a treat.

Newbie Angela Raiola aka ‘Big Ang’ has become a fan favorite. She’s the deep voiced lady with loads of plastic surgery who has proven to be the peacemaker among the group. Big Ang, who jokes about her plastic surgery on the show, is outspoken and seems to fit right in with the other cast members.

Big Ang didn’t get her nickname by her ‘E’ cups or large lips, but because of her larger than life personality. Check out what she looked like before her plastic surgery. 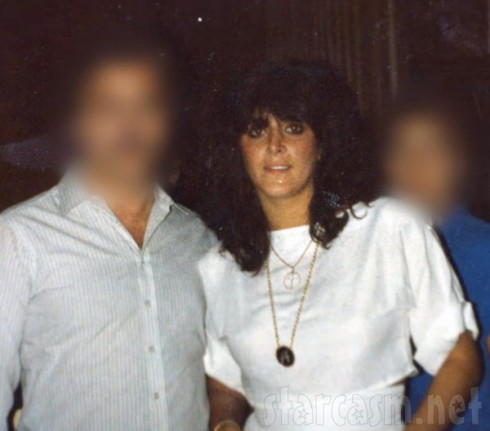 Big Ang has a connection to the New York City Genovese crime family. According to VH1′s official bio, she is the niece of the late notorious gangster Salvatore “Sally Dogs” Lombardi. Sally Dogs is a reputed former capo of one of the most powerful families in organized crime in America.

The Genovese family is one of the ‘five families’ and has been nicknamed the “Ivy League” of organized crime. The family was run for years by “The Oddfather” Vincent “The Chin” Gigante, who would roam the streets of Greenwich village feigning insanity, unshaven, bedecked in a robe while muttering to himself and urinating on the street.

Big Ang is a single mother of two was born and raised in Brooklyn, NY, with her two sisters and four brothers. She has owned many mafia hangouts over the years, even catching a case with some high ranking members of the mob. Ang has also dated many gangsters throughout her life but has always remained independent.