Miley Cyrus paid homage to one of the best female rappers of all time.

The Wrecking Ball singer dressed as Lil Kim from her infamous appearance at the 1999 MTV Video Music Awards. Despite Cyrus’ skin color, she was a mirror image of the Queen Bee.

Cyrus rocked a purple wig, purple jumpsuit and even exposed her left breast. She covered it with a purple pastie. The only thing missing was Diana Ross to jiggle her boob onstage.

Cyrus posted the photo above with the caption, ““Happy Halloween @LilKim,” tweeted Miley. Once Lil Kim saw the photo she gave her approval.

“Awwww. Look at my baby @mileycyrus tonight!!! Looking GORGEOUS!!! I wish I was there to squeeze your boob 🙂 🙂 Love U so much !!!! #mytwin.” Lil Kim tweeted. 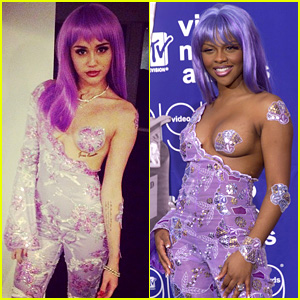 Cyrus went as Lil Kim to Wiz Khalifa and Amber Rose’s pre-Halloween house party. Check out a few more photos from the event below.

Check out photos of Lil Kim from 1999 VMAs below. 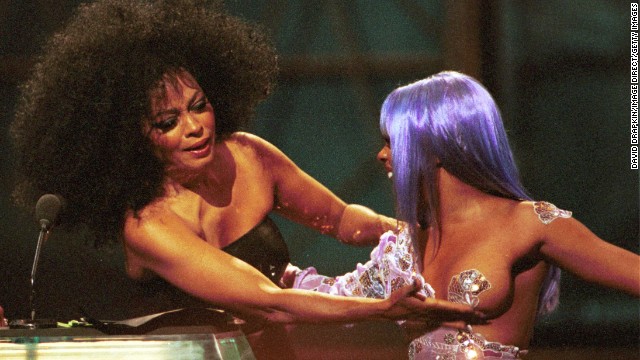