NBA legend Michael Jordan is no longer an eligible bachelor.

After seven years of the single life, Jordan got married for the second time over the weekend. Jordan married his girlfriend of five years, Yvette Prieto in Palm Beach, Fla on Saturday. The two tied the knot in front of 500 people at Bethesda-by-the-Sea Episcopal Church.

An additional 1500 guests joined at the reception at a private golf club in Jupiter near  Jordan’s mansion. The reception that included a 40,000 square foot tent was designed by Jack Nicklaus. Entertainment included DJ MC Lyte, singers K’Jon, Robin Thicke, Usher, The Source, an a 18-piece band. Spike Lee, Tiger Woods, Patrick Ewing and Scottie Pippen, Ron Harper and Toni Kukoc and Ahmad Rashad.were all in attendance.

Jordan and Prieto got engaged in 2011 after dating for three years. Jordan was previously married to Juanita Vanoy from 1989 to 2006. 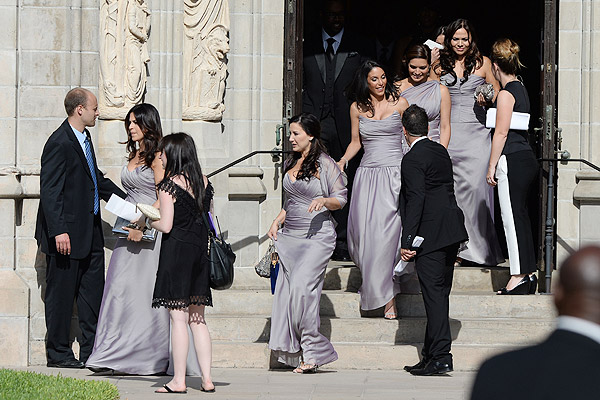 Jordan and his bride to be were headed to rehearsals on Friday.