Miami Stripper Threatens to Release Sex Tape With Waka Flocka, He Denies It

Waka Flocka Flame is officially off the market.

The No Hands rapper and his wife Tammy Rivera got married in May at an Atlanta courthouse. The couple confirmed the news on Monday’s episode of Love & Hip Hop Atlanta.

But the announcement hasn’t stopped women from accusing Waka of cheating. Over the weekend, a Miami stripper threatened to release their alleged sex tape.

Woman Puts Waka Flocka On Blast, Snaps Photo While In Bed With Him

The drama unfolded when Miami stripper Innocent_MIA left a comment on Tammy’s Instagram page. She warned her to check Waka before she releases a sex tape of him ‘tossing her salad.’

Read the exchange between the two below. 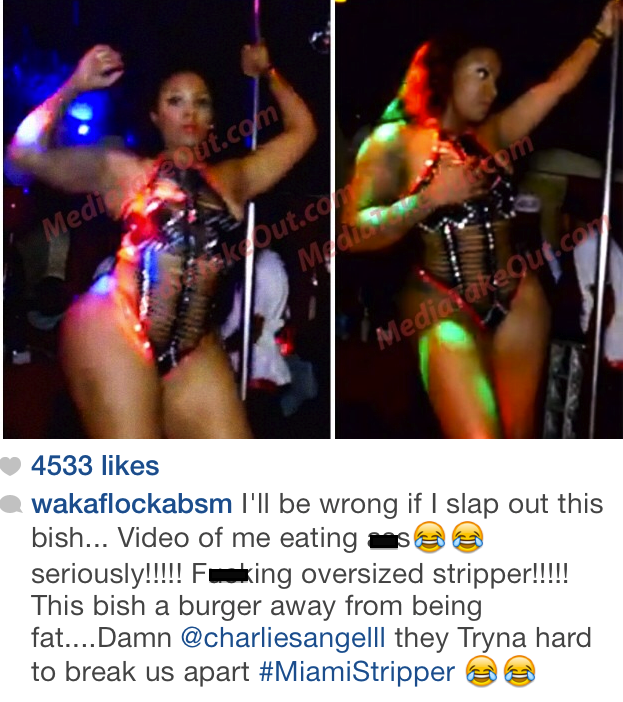 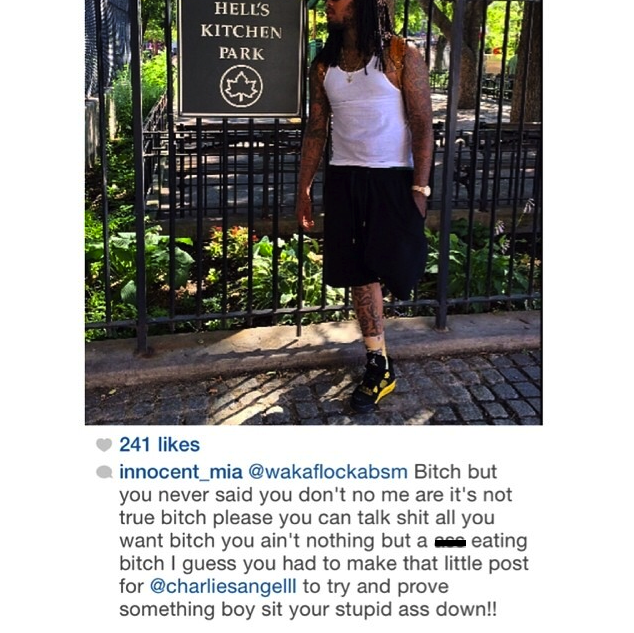 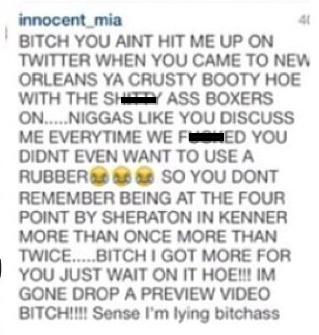