Harris, who is currently on trial for allegedly molesting a 15-year old, surrendered to Federal authorities on Jan.24, Rochester’s the Democrat & Chronicle reports. Harris’ co-defendant Ronald Walker and his brother Tyrus Harris pleaded not guilty at arraignments.

Harris, who is the boyfriend of LHHNY star Yandy Smith, is expected to be arraigned after his molestation trial wraps up. Mendeecees was indicted on drug charges in the fall after a long investigation. Authorities allege that the three trafficked $2.5 million worth of drugs between 2005 and August 2012.

Did Yandy Smith and Mandeecees’ House Get Raided? [Details]

Authorities have seized more than $1.5 million from safety deposit boxes connected with the case. Plenty of property was also seized which included nearly $407,000 worth of jewelry and watches, including a $60,000 Rolex and another $35,000 Rolex. Authorities are also pushing for the forfeiture of properties in Georgia and Baltimore. 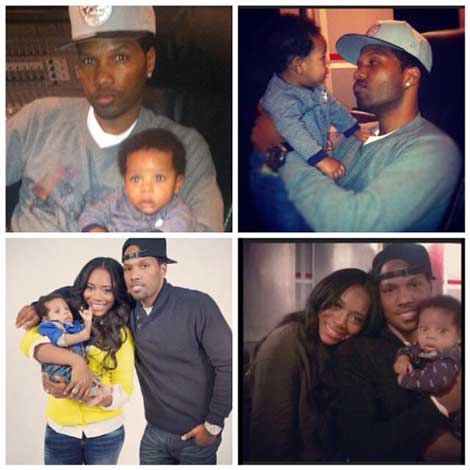 And to make matters worse, things don’t appear to be going Harris way on trial. Harris, who is currently locked up in the Bergen County Jail, is facing 20 years in prison if found guilty of allegedly having sexual relations with the daughter of his oldest son’s mother.

Harris’ charges has been updated and he’s being charged with promoting prostitution, criminal sexual contact, aggravated sexual assault, sexual assault by a foster parent/guardian, endanger welfare of children and a few more charges.

Check out Harris’ wrap sheet via HSK below.

There are no aliases for this inmate.

Harris was originally charged with performing various sexual acts with a 15-year-old girl and inappropriately touching her at his former home in New Jersey two years ago. Bergen County prosecutors allege that Harris asked for and received oral sex from the girl and fondled her on various occasions between September 2009 and April 2010.