K. Michelle can breathe a sigh of relief.

An Atlanta judge dismissed her former boyfriend Memphitz’s $65 million lawsuit against her, Viacom and Mona Scott-Young’s Monami production company. Its been a long three-year process, which began when K. accused Memphitz of physical abuse during their relationship.

Memphitz sued all parties for defamation after K. went on Love & Hip Hop Atlanta and accused an unnamed former record executive of stealing money from her Jive Records budget and beating her.

While his name was never mentioned on the show, Memphitz felt K. left enough hints for people to make the connection, which he then said defamed his good name.

But a Atlanta judge didn’t feel the same way. Although Memphitz denied physical abuse he did own up to getting into a fight with the singer.

During the deposition, Memphitz admitted getting into a fight with K. at a hotel, spending her budget money on jewelry and sending a text message threatening to kill her son.

According to Atlanta Journal Constitution, The former record executive also admitted to putting a pillow and/or his hands over K. Michelle’s mouth in an effort to try to shut her up during an argument. She thought he was trying to kill her. 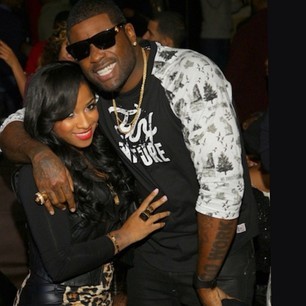 Memphitz also couldn’t prove K. Michelle’s claims were “injurious to his reputation and was published with a degree of fault at least amounting to negligence.” As a result, the judge dismissed his suit which sought $15 million in compensatory damages and $50 million in punitive damages.