Meek Mill to Cassidy: ‘Your Swagg Corny as Sh*t!’ [Details]

Rappers Meek Mill and Cassidy were in a heated Twitter beef Wednesday night over a rap battle.

After there were reports Meek was scared to battle Cassidy, the Maybach rapper wanted to set the record straight. It led to Cassidy defending himself during Meek’s rant.

But this is not the first time the two Phildelphia natives have gotten into a Twitter argument. Both have taken jabs at one another in the past, which dates back at least six months.

Cassidy believes he paved the way for Meek since they are both from the same state and he came out with a album first. Meek didn’t like the comments. Check out their latest Twitter exchange below. 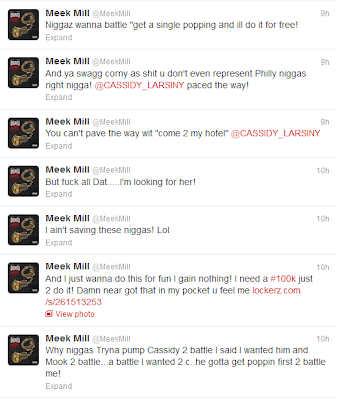 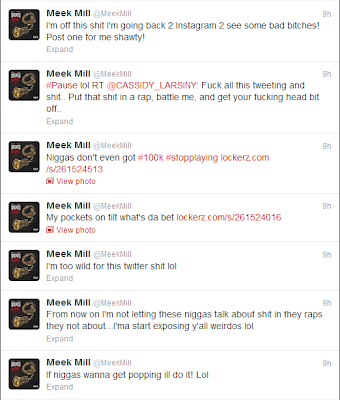 Cassidy finally chimed in and tweeted: 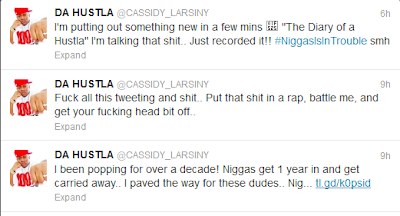 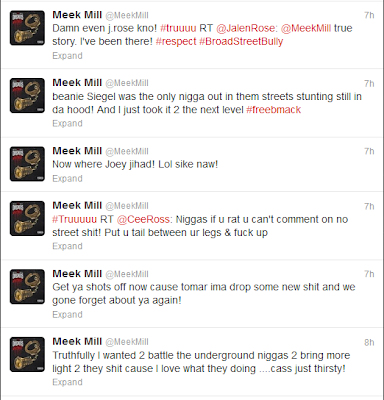 Can we all just get along.