Meek Mill has had enough with people begging for things.

The Amen singer reached his boiling point when a man by the Twitter name of @ConwayBeatz asked for $5,000 through direct message. Mill decided to put the man on blast. He tweeted, “I don’t put up sh*t like this 2 play a nig*a…. I put it up 2 let u kno why I don’t b f*cking wit these weak begging ass nig*as…. I knew this guy my whole life…. I lose 1 everyday over this paper……ain’t seen this ni*ga in a year and he asked me for 5k thru twitter!”

Conway doesn’t deny asking for the money but claims Mill changed his number and wouldn’t answer any of his messages. Read the exchange below. 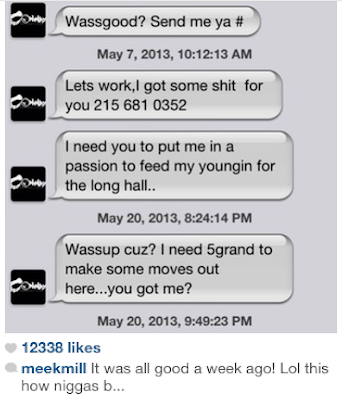 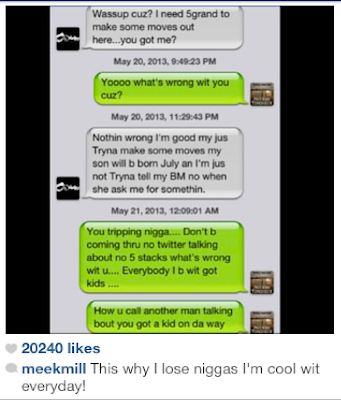 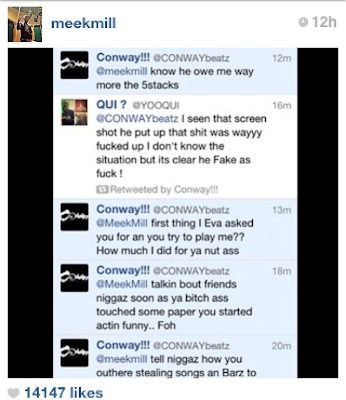